Trump Administration to Make Reforms to Immigration Courts, Board of Immigration Appeals: Will They be Less Independent? 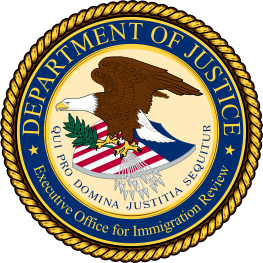 EOIR will publish an Interim Rule on Monday, Aug. 26, 2019.  An advance copy is posted here.  The summary states, in relevant part, that

"This interim rule reflects changes related to the establishment of an Office of Policy within EOIR in 2017, and makes related clarifications or changes to the organizational role of EOIR’s Office of the General Counsel (“OGC”) and Office of Legal Access Programs (“OLAP”).  This interim rule further updates the Department of Justice (“Department”) organizational regulations to synchronize them with EOIR’s regulations, makes nomenclature changes to the titles of the members of the Board of
Immigration Appeals (“BIA” or “Board”), and provides for a further delegation of authority from the Attorney General to the EOIR Director (“Director”) regarding the efficient disposition of appeals.  This interim rule also clarifies the Director’s authority to adjudicate cases following changes to EOIR’s Recognition and Accreditation Program (“R&A Program”) in 2017."

The National Association of Immigration Judges posted its reaction to the changes here.  Here is the rather blunt gist of the letter:

Former BIA Chairman and Immigration Judge Paul W. Schmidt posted his reaction, including that he sees the changes as undermining the independence of the immigration courts and BIA, here.

Here is what AILA proposed:

"For years, the immigration court system has been plagued by systemic problems that have severely undermined its ability to deliver just and fair decisions in a timely manner. Housed within the DOJ, the Executive Office for Immigration Review (EOIR) is vulnerable to executive branch interference, a structural flaw which the current administration has exploited and which undermines the very integrity of the system. These problems are compounded by a growing case backlog that is nearing 900,000 cases. While oversight would slow the most recent policies, it would not remedy the conflict of interest inherent in an immigration court system that is firmly under the control of the Attorney General. AILA urges Congress to introduce bipartisan legislation that establishes an independent immigration court system, outside the DOJ, under Article I of the Constitution." (bold added).