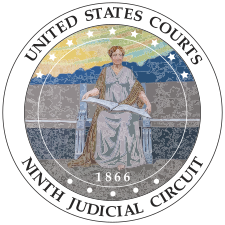 Yesterday, in Flores v. Barr, the U.S. Court of Appeals for the Ninth Circuit, in an opinion by Judge Marcia S. Berzon, joined by Judges A. Wallace Tashima and William A. Fletcher, dismissed the U.S. government’s appeal in the Flores litigation, holding that the district court’s order does not modify the 1997 Flores settlement agreement, but rather reasonably interprets the settlement:

“We conclude that paragraph 12A’s provisions that facilities be ‘safe and sanitary and . . . consistent with the INS’s concern for the particular vulnerability of minors’ do have independent force and can be interpreted and enforced without thereby modifying the Agreement.'  The district court’s order will stand finding that the government was violating the Flores Agreement at certain Border Patrol stations by holding children in unsafe and unsanitary conditions including by depriving them of adequate sleep."  The U.S. government attorney in the case sparked controversy by arguing to the court that soap, toothbrushes, and tooth paste were not required for migrant children under the Flores settlement.

Here is an NPR report on the decision.

Here is the court's "Summary" of the decision:

The panel dismissed for lack of jurisdiction an appeal brought by the Department of Homeland Security and its component agencies of the district court’s June 2017 order granting in part the motion of a plaintiff class to enforce a 1997 Settlement Agreement with the government which set a nationwide policy for the detention, release, and treatment of minors detained in Immigration and Naturalization Service custody.

In 1997, the United States entered into a settlement with a class of minors subject to detention by U.S. immigration authorities. The Settlement Agreement, incorporated into a consent decree, requires immigration agencies to hold such minors in their custody “in facilities that are safe and sanitary.”  The Agreement also requires the government to treat these “minors in its custody with dignity, respect, and special concern for their particular vulnerability as minors.”

The parties agreed that this court has jurisdiction over the appeal of this post-judgment order only if it modified the Agreement.

The panel held that, rather than modifying the Agreement, the district court appropriately interpreted it as consistent with both the INA and this court’s prior interpretation of the Agreement.

Because the panel concluded that the district court’s order did not modify the Agreement, it dismissed the appeal.