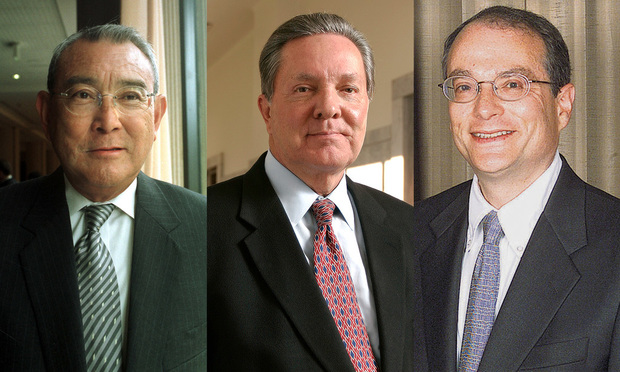 Yesterday, the U.S. Court of Appeals for the Ninth Circuit refused the Trump administration's invitation to not continue of the Flores settlement, a 1997 settlement agreement governing the condition of the detention of migrant children.

Jacqueline Thomsen for Law.com report on today's immigration news from the Ninth Circuit.

The case involved a policy announced by the Trump administration in July, which makes most migrants who pass through a third country before arriving at the U.S.-Mexico border ineligible for asylum.

A divided Ninth Circuit clashed over the scope of a national injunction barring the new policy from going into effect.  The Trump administration has criticized nationwide injunctions issued by district courts.

The court stayed a nationeide injunction against the Trump administration’s new asylum restrictions, only blocking the new policy within the jurisdiction of the Ninth Circuit.

The judges stated that they would not issue a stay of the injunction in its entirety. The majority found that the case’s record wasn’t strong enough to block the rule across the nation.

Judges Milan Smith and Mark Bennett ruledthat the Justice Department did not make the “required ‘strong showing’ that they are likely to succeed on the merits on this issue” in order to receive a stay.

However, the pair found that “the nationwide scope of the injunction is not supported by the record as it stands.”

“To permit such broad injunctions as a general rule, without an articulated connection to a plaintiff’s particular harm, would unnecessarily ‘stymie novel legal challenges and robust debate’ arising in different judicial districts,” their order states. They concluded that the district courty “failed to discuss whether a nationwide injunction is necessary to remedy plaintiffs’ alleged harm.”

The judges wrote that the lower court “clearly erred by failing to consider whether nationwide relief is necessary to remedy plaintiffs’ alleged harms.”

They suggested that allowing the national order to remain in place could allow for further nationwide injunctions to become the norm, even if they aren’t necessarily needed.

“Indeed, were we to adopt the dissent’s view, a nationwide injunction would result any time an enjoined action has potential nationwide effects,” the majority wrote. “Such an approach would turn broad injunctions into the rule rather than the exception.”

And they said that limiting the injunction “allows other litigants wishing to challenge the rule to do so.”

In a dissenting opinion, Senior Judge A. Wallace Tashima wrote that he agrees a stay should not be granted. However, he questioned the decision to limit the scope of the injunction, calling the need for a national order “obvious.”

“Should asylum law be administered differently in Texas than in California? These issues and problems illustrate why tinkering with the merits on a limited stay motion record can be risky,” Tashima wrote.

UPDATE (Aug. 18):  Peter Margulies offers his take on the ruling on Lawfare.