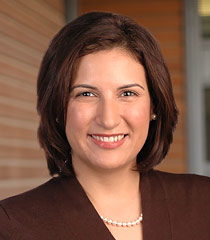 We cannot fully understand the treatment of immigrant detainees and the numerous lawsuits filed against ICE and the Trump Administration without attention to disability rights. Not only do these cases underscore the intersection of immigration and disability rights broadly, but, more concretely, they offer novel and underdeveloped remedial avenues rooted in disability law. Disability statutes, like the U.S. Constitution, apply to individuals in the United States irrespective of citizenship and immigration status.

Yesterday, a coalition of leading civil rights groups filed a nationwide class action in the Central District of California to challenge the systematic denial of constitutional and statutory rights of people with disabilities in immigrant detention centers. Abdallah Fraihat et al. v. U.S. Immigration and Customs Enforcement et al., No. 5:19-cv-01546 (C.D. Cal. Aug 19, 2019) (hereinafter, Fraihat Complaint). The putative plaintiffs are fifteen individuals detained at eight different facilities in six states, representing a putative class of approximately fifty-five thousand immigrants imprisoned by ICE daily, and two nonprofit organizations, Al Otro Lado and the Inland Coalition for Immigrant Justice (ICIJ). The Fraihat Complaint challenges the federal government’s failure to ensure detained immigrants at one-hundred fifty-eight detention facilities receive appropriate medical and mental health care, its alleged use of segregation in violation of the Fifth Amendment of the U.S. Constitution, and its failure to ensure that detained immigrants with disabilities are provided legally-mandated accommodations and are not discriminated against as required by Section 504 of the Rehabilitation Act of 1973.  The Fraihat Complaint details dangerous conditions present in detention facilities that place detainees with medical and mental health disabilities in precarious situations. Examples include self-accommodating wheelchair users without assistive mobility devices being forced to rely on fellow detainees to carry them; and people denied access to medications to manage chronic illness, exacerbating current disabilities and generating new ones.

Fraihat builds on well-established substantive and procedural precedents in the prisoners’ rights context. First, the key theory of liability is that Immigration and Customs Enforcement (ICE) cannot avoid statutory and constitutional duties by contracting with third parties to manage and operate detention facilities. Although ICE directly operates only a handful of detention facilities, plaintiffs rely on familiar agency principles to hold ICE, the Department of Homeland Security, and institutional actors liable for their failure to monitor, investigate, and remedy alleged systematic violations at approximately one-hundred fifty-three facilities run by local sheriffs’ offices and private contractors.  Among those implicated, the GEO Group and CoreCivic (formerly “Corrections Corporation of America”) are two repeat defendants in prison condition cases. The fact that ICE has failed to effectively monitor and oversee the daily management of these private contractors, and to take effective measures when it learns of problems in those centers under their care and control, is not news. Consider this recent report from California Department of Justice detailing the findings from an investigation of all ten detention facilities in the state. Xavier Becerra, Cal. Att’y Gen., Immigration Detention in California, Cal. Dep’t of Justice, at 61, 82, 123 (Feb. 2019) (finding highly-restrictive prison-like conditions including required uniforms, compulsory prison-wage labor, restrictions on access to counsel and receipt of medical and mental health care).  Nor is use of class remediation novel. Fraihat relies on Ninth Circuit precedent in an analogous prisoners’ rights case for the proposition that class certification is appropriate. The Ninth Circuit in Parsons v. Ryan , 754 F.3d 657 (9th Cir. 2014)., held that prisoners could proceed as a class to challenge Arizona’s policies and practices denying access to medical care, dental care, mental health care, and punitively employing isolation.

With respect to remedies, Plaintiffs seek injunctive and declaratory relief. They want Defendants to stop using segregation as a punitive weapon, to effectively monitor federal contractors acting as their agents, and to build institutional capacity to attend to the needs of those detained.  For example, the Fraihat Complaint alleges that ICE and DHS have no system of tracking detainees’ medical and mental health needs or requests for care and accommodations.  As a result, when detainees are transferred from one facility to another, they are forced to restart the process of requesting medical care or reasonable accommodations from the beginning, leading to major delays in receipt of urgent medical attention and disability accommodations.

Plaintiffs in Fraihat face an impossible choice: either languish in detention without medical and mental health care and risk exacerbation of disabilities (including death) or abandon their immigration cases. The Trump Administration’s aggressive enforcement and use of detention has flooded an already broken system that, unfortunately (and perhaps inconceivably), continues to be years behind failing prisons in terms of compliance with disability rights laws.

The lawsuit was filed by Civil Rights Education and Enforcement Center (CREEC), Disability Rights Advocates (DRA), the Southern Poverty Law Center (SPLC), and Orrick, Herrington & Sutcliffe LLP in the U.S District Court for the Central District of California. You can read the full Fraihat Complaint here.

Another recent example of disability rights at work in immigration debates is the Trump Administration’s amended “public charge” regulation, also the subject of California’s most recent lawsuit filed in federal court on August 16, 2019.  The new DHS regulation denies green cards to immigrants who use Medicaid, food stamps, housing vouchers or other forms of public assistance. While the rule may be problematic on its face, even if considered facially neutral, en arguendo, it will almost certainly have a disproportionate impact on immigrants with disabilities and their family members who are more likely to rely on Medicaid for health insurance. Before the DHS amendment, people with disabilities were considered “public charges” if they were likely to require institutional services such as long-term care. The expanded language in the rule may result in greater exclusion of people with disabilities and their families who rely on public insurance for the very supports necessary for them to access gainful employment and avoid economic dependency, such as personal home assistants or assistive technology.  Furthermore, other challenges to the Trump Administration’s immigration policies and practices, such as those pursuant to the settlement agreement in Flores v. Reno to challenge, among other policies, the Admiration’s separation of immigrant children at the U.S. border, while widely known, are filed within the immigration law cabinet without regard for the ways in which disability rights operate.  Flores, for example, requires that detained children be placed in “the least restrictive setting” in line with their age and other “special needs,” language that comes from the implementing regulations for Section 504 of the Rehabilitation Act of 1973 (requiring that services be provided in the “most integrated setting” appropriate).

Perhaps most promising for this disability legal scholar is the recognition of disability rights as part of a broader civil rights agenda. My hope is that activists, practitioners, and scholars recognize the utility of these coalitions and consistently engage disability rights theoretical and legal principles to redress our most pressing social justice offenses of the day.