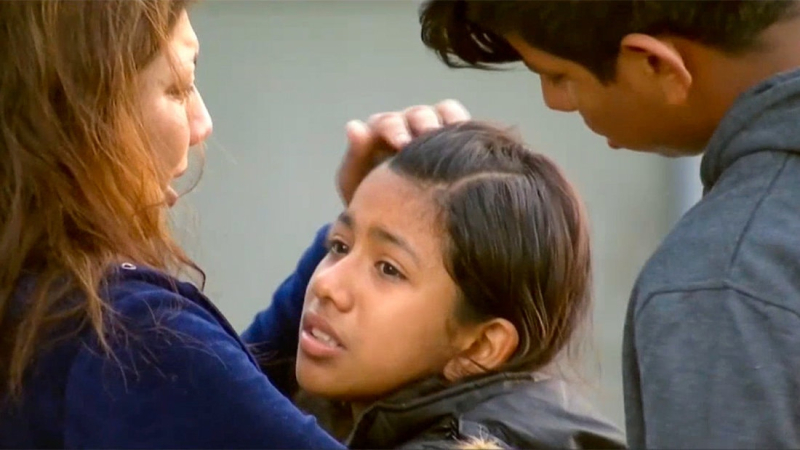 The NYT headline says it all: 9-Year-Old Girl Was Detained at Border for 30 Hours Despite Being a U.S. Citizen.

Julia Isabel Amparo Medina is a U.S. citizen who lives in Tijuana and commutes into the U.S. for school.

On Monday, heading to school, Julia attempted to cross the border with her brother. She presented a passport card, but was not admitted. She was detained.

Apparently, the CBP officer did not believe that Julia was who she said she was. Or who her official documentation said she was. He decided it was necessary to hold her -- from 10:15AM on Monday until 6:30 PM on Tuesday -- to determine her identity.

Julia’s mother, Thelma Galaxia, told NBC 7 that while Julia was detained, agents accused her of lying about her identity, saying that her passport photo did not look like her. Julia told NBC 7 that the authorities accused her of being her cousin rather than herself, and said she was told that if she would admit that she had lied about her identity she would be released.

“I was scared,” Julia told NBC 7. “I was sad because I didn’t have my mom or my brother.I was completely by myself.”

The children also told the station that agents had accused Oscar of smuggling and other crimes.