Campaign 2020: Will Race Baiting be the President's Re-Election Strategy? 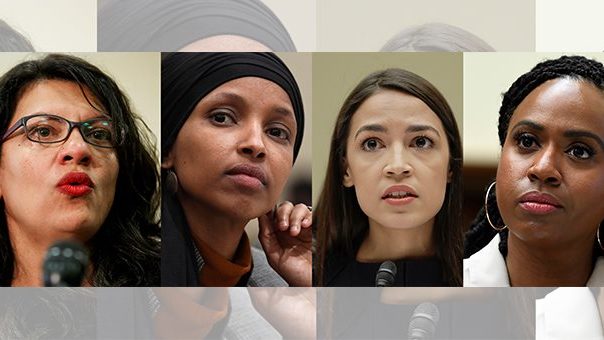 It has been a memorable week in an administration filled with memorable weeks.  Last Sunday, the President sent out  tweets attacking Reps. Alexandria Ocasio-Cortez (N.Y.), Ayanna Pressley (Mass.), Rashida Tlaib (Mich.) and Ilhan Omar (Minn.), who have been critical of his administration; he tweeted that , by saying the four should “go back” to “the crime infested places from which they came.” All four of the Democratic congresswomen are U.S. citizens; only Omar, a Somali refu­gee who now is a naturalized U.S. citizen, was not born in the United States.  Although many of the controversies surrounding the Trump administration come and go, the "send her back" chant looks like it may become part of the Trump campaign rallies.

Campaign 2020 is just beginning in a less than wholesome "let the best man/woman win" kind of way.  CNN reports on a President Trump campaign rally yesterday in North Carolina that may foreshadow what the nation can expect in the upcoming presidential campaign:

"In a moment of unrestrained demagoguery, President Donald Trump presided Wednesday over a crowd chanting `Send her back! Send her back!' about an American Muslim congresswoman who he targeted with racist attacks.

The scenes at a North Carolina rally provided an ugly overture to a 2020 election campaign already soaked in hate. They exemplified the tribal politics and white nationalism that Trump is making clear he plans to ride to reelection, no matter their impact on America's fragile societal harmony.

The chants of `Send her back!' referred to Somalia-born, American citizen Rep. Ilhan Omar of Minnesota, one of four minority lawmakers attacked by Trump over the weekend. The invective from the crowd replaced the `Lock her up!' and `Build the wall!' chants of Trump's first campaign with a jarring racial refrain that the commander-in-chief, speaking from behind a podium bearing the symbolic presidential seal, made no effort to stop."