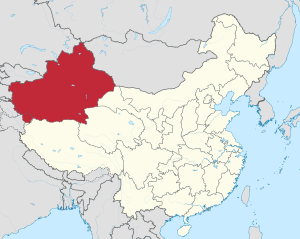 Here is an asylum realothetical for your class: Muslims in the Chinese province of Xinjiang also called Uyghurs or Uighurs.

Just a few months ago, Vox reported on the detention of hundreds of thousands of Muslim adults in massive "reeducation camps" or "vocational training centers" focused on "thought education."  The state justifies the mass detentions on national security grounds -- a measure against "violent religious extremism."

This week, the BBC reported on China's system for the reeducation of Muslim children whose parents have been taken to reeducation camps. These kids are being sent to massive boarding schools.

It is significant, as the BBC states, that "the state has been growing its ability to care full-time for large numbers of children at precisely the same time as it has been building the detention camps."

Here are some numbers: "In just one year, 2017, the total number of children enrolled in kindergartens in Xinjiang increased by more than half a million. And Uighur and other Muslim minority children, government figures show, made up more than 90% of that increase."

Children live in these schools, where their native languages are banned. "Many of the schools bristle with full-coverage surveillance systems, perimeter alarms and 10,000 Volt electric fences[.]"

Adrian Zenz has published a report on this topic in the Journal of Political Risk: Break Their Roots: Evidence for China’s Parent-Child Separation Campaign in Xinjiang. He believes that what China is doing with Xinjiang Muslims "points to what we must call cultural genocide."

This was very much on my mind during my recent trip to China, though I held off writing about it until back in the land of the free!