Prof. Bill Ong Hing: "You need to know what I saw" 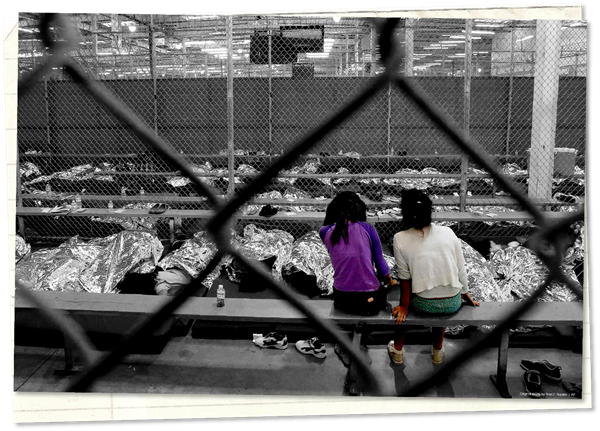 You may have read any number of stories recently about the conditions at Border Patrol immigrant youth detention centers. I was there and you need to know what I saw. I don't often reach out to you directly, but I felt that it was important for you to understand what is happening in the name of border protection.

As a part of a recent Flores* inspection team, I was allowed to interview immigrant youth detained at a border patrol processing facility in Clint, Texas. After three days of detailed conversations with many detainees, I left feeling disgusted and appalled.
I had conversations with several teen mothers with infants as young as five months old. I also had individual conversations with five- and eight-year-old boys and three sets of siblings-a 14-year-old girl and her 10-year-old brother; brothers, ages 12 and four; and another sister and brother, ages 15 and 13. Several cried as they talked about the conditions and missing their parents. They cried, I teared up. However, I cried hard two times while observing children across the room being interviewed by other team members. Once when a six-year-old girl, who was in the detention center alone, began crying. I learned that she had been separated from an aunt at the border by CBP officials days earlier. As she cried in the middle of the interview, the attorney working with her took the girl by the hand and walked over to a teenaged detainee who was holding a two-year-old. It turned out that the teen girl-who was not a mother or a relative-had been comforting the toddler and the six-year old for days out of a sense of sympathy.
Minors are not supposed to be held by border patrol officials for more than 72 hours, but we met many children who had been detained for two to three weeks. Over 350 children were detained at the Clint facility when we visited. I can tell you that I witnessed that many of the children were unbathed and dirty. Their clothes reeked; their hair unwashed. Children as young as three- and four-years old had been separated from a parent, aunt, or uncle at the border. They were housed in cramped rooms with older children-some of whom cared for the younger children out of kindness. Many of the children had the flu. Two infants were so sick (vomiting, fever, chills, diarrhea) that they were rushed to the hospital for emergency care. Everyone received the same meals day after day that contained no vegetables or fruits. The meals were no different for nursing mothers. Some children reported that they were allowed to go outside and play daily for about 30 minutes; others said they were allowed to go outside only every two or three days.
The declarations of minors collected by myself and others on the inspection team are being used in a motion for a temporary restraining order to close down the facility. The ILRC believes that all immigrants deserve to keep their dignity, humanity, physical and mental wellbeing, and families throughout the immigration process. As supporters and advocates of our work, it is our responsibility to shine a light on the reality of immigration detention. These children are more than statistics. They are fragile humans seeking a better life. The ILRC will continue to educate practitioners on how to best defend their clients, provide resources for communities to know their rights, and advocate for just policies that protect all immigrants.
Bill Ong Hing
KJ