Immigration Article of the Day: The Militarization of Immigration Law: How America’s War on Terror Became a War on the Undocumented by Andrea Scoseria Katz 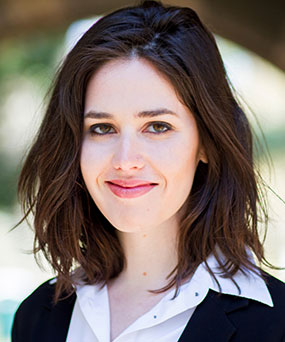 The Militarization of Immigration Law: How America’s War on Terror Became a War on the Undocumented by Andrea Scoseria Katz

The draconian turn of U.S. immigration policy in recent years—ballooning budgets and the broadened reach of domestic enforcement agencies like Immigrations and Customs Enforcement (ICE) and Customs and Border Protection (CBP), the increasing legal precarity of the immigrant population, the massive strain placed on immigration courts and federal criminal dockets—has been thoroughly studied by immigration scholars, who point to important explanatory factors such as the War on Crime launched in the late 1960s and early 1970s, the nativist recrudescence of the 1990s, and failed attempts at system reform in 1965 and again in 1986. Such work, however, has rarely explored the link between immigration law and national security.

This article argues that the rise of terrorism has been one major driver of the immigration law crackdown. With statutes like the Anti-Terrorism and Effective Death Penalty Act of 1996 and the 2001 PATRIOT Act explicitly linking border control and crime by non-nationals with a larger fight against terrorism, immigration law and national security police came to share sources of statutory authority, patterns and techniques of enforcement, and, not least, common tropes and imagery (“enemy aliens,” “terrorist organizations,” and so forth).

I introduce the concept of policy militarization to explain this process. A militarized sphere of public policy is one increasingly defined in terms of war or crisis. The American preoccupation with terrorist attacks emerged after the 1993 World Trade Center bombing and the 1998 U.S. embassy bombings in Tanzania and Nairobi, but it was the events of September 11, 2001 that hurled the nation into a conflict lacking geographic borders, time horizons, or a clear enemy. “Everything became war,” says a former Pentagon official, to include control over the non-citizen population. As in war, militarized policy features a centralized and heightened administrative response. After the 9/11 Commission deemed “information silos” to blame for the failure to stop the attacks, the national security community spearheaded massive growth in intelligence-gathering agencies and increased data-sharing between them. Immigration agencies grew in size, picked up new tools and techniques imported from counterterrorism, and crucially, adapted their mission to the lens of ever-present foreign threat. Finally, at the level of the political branches, militarized policymaking becomes highly bureaucratic. Security experts take a lead role in designing policy, often at the expense of ordinary legislators and judges, producing a governing regime in which policy is made through administrative, not legislative channels. As a result, rights enforcement and the fixity of legal standards can wane. I call this a state of extralegality, because traditional sources of law cease to truly bind administration action, even though they may shape it. Critics of the administrative state, attuned to the phenomenon of legislative “rules” being replaced by administrative “standards,” may recognize this argument, albeit applied in a new context.

That war and threats of it can trigger the growth of the state is not a new insight. However, as the militarization of immigration shows, the same effects—delegation of responsibility, expansion of executive power, and dilution of legal standards—do not, in fact, require an actual war, but instead can be built on rhetorical foundations and the threatening specter of wars to come.