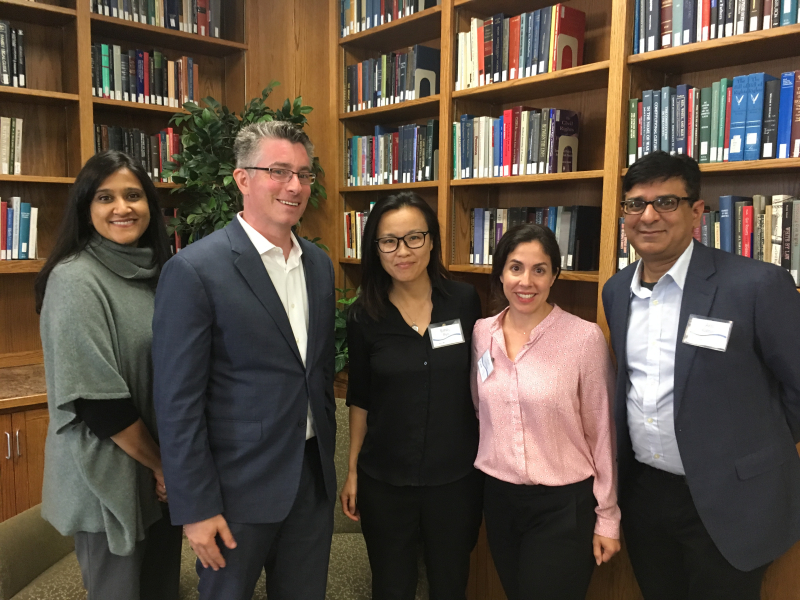 The second day of the 5th Biennial Emerging Immigration Scholars Conference started with a panel on immigration scholarship. Shalini Ray (Alabama) moderated a spirited discussion on the topic.

Sarah Lamdan (CUNY) kicked things off with discussion of her work on the connection between the parent companies of Westlaw and Lexis and immigration enforcement. Fascinating, right? Apparently the parent companies of our beloved research tools (Thompson Reuters, Reed Elsevier now RELX Group) have been losing money as legal information increasing becomes available online for free. They have found a new revenue stream in the data brokering market, selling data that drives law enforcement surveillance. Here are a few charts explaining the interconnection: 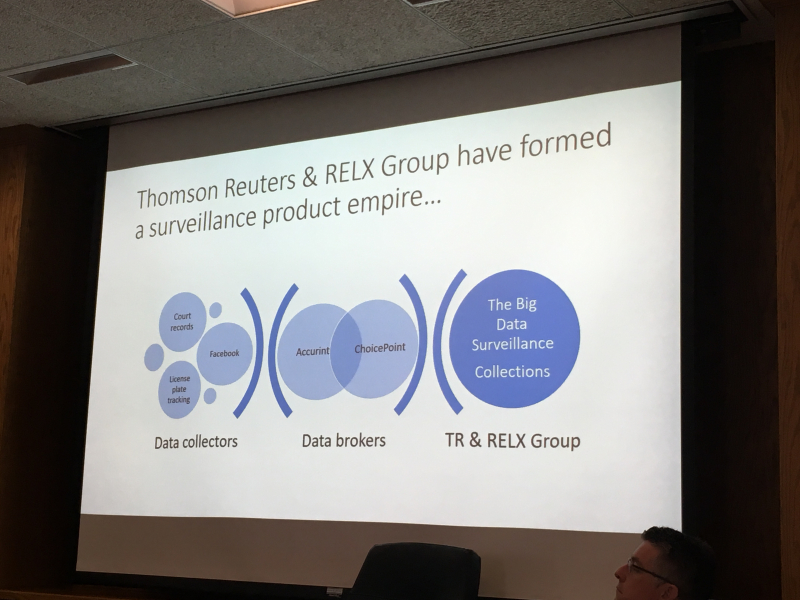 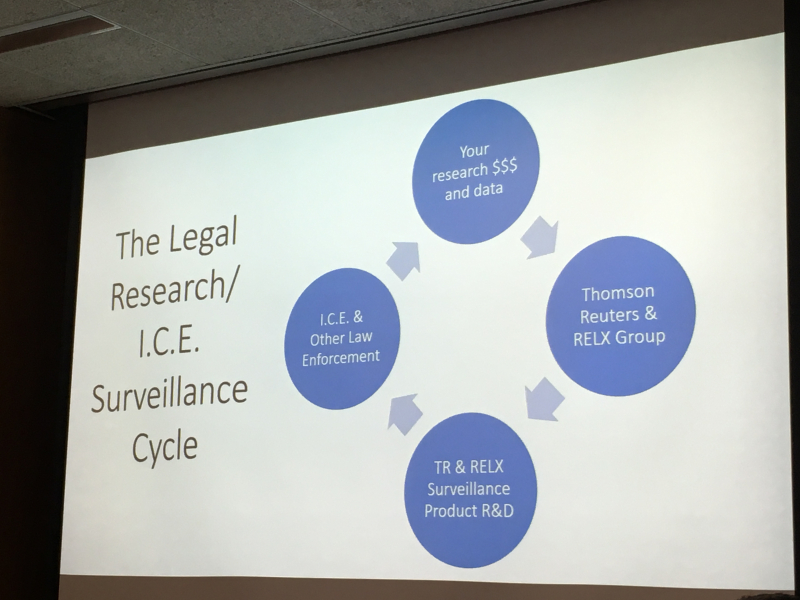 Sarah's research alone is fascinating, but what's even more interesting is the response that she's received to her work: Westlaw and Lexis are, to put it politely, most displeased. In fact, the long-standing Lexis rep at CUNY was summarily replaced with a new rep who emailed all of Sarah's students, said she was a liar, and asked them report on anything she told them about Lexis. Yowzahs! My dear blog readers, this is a story I plan to cover again in the coming months.

Emily Ryo (USC) spoke about her amazing, interdisciplinary, empirical research (qualitative and quantitative) on (1) immigration enforcement and deterrence, (2) immigration courts and lawyers, and (3) the experience of non-citizens in removal proceedings. She discussed formulating questions for research as well as locating and collecting data to answer those questions. She spoke about her work as an expert helping with data driven policy discussion. Side note: I had the pleasure of sitting in on Emily's WIP to discuss her new work Jailing Immigrant Detainees concerning the characteristics of counties that have opted to participate in immigration detention (short version: small, rural, Republican counties in the South). Can't wait to see that one in print!

Michael Kagan (UNLV) talked about his interrelated work as a scholar, advocate, and activist. He discussed different models for blending (or isolating) these roles, and talked in particular about his role as a member of the Nevada Immigrant Coalition. It was fascinating to hear about the challenges he's faced and to have his encouragement to get more involved in local pro-immigration efforts. As he said, "This is a moment to be engaged." 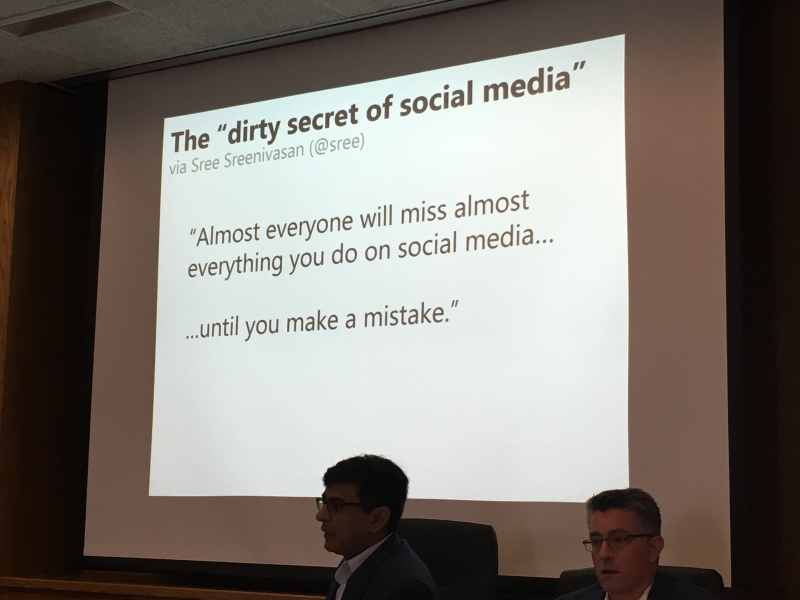 So true! Nevertheless, Anil encouraged us all to embrace social media, remembering to be generous in promoting the work of others. Anil also discussed the very serious topic of academic freedom, which, as he pointed out, is something we really shouldn't wait to become literate on until there is a crisis. Anil focused on the AAUP Statements on Principles of Academic Freedom and discussed ways in which immprofs might face challenges in their teaching (including clinic representation choices), scholarship, and public engagement (including social media). This is definitely a topic we need to think about as a community!