DOJ Attorney Flounders in Defending the Indefensible Before the Ninth Circuit

A few weeks ago, as reported in the ImmigrationProf blog, the Department of Justice had an uphill battle in seeking to convince the Ninth Circuit to modify the settlement in the Flores case, which governs the detention of migrant children. 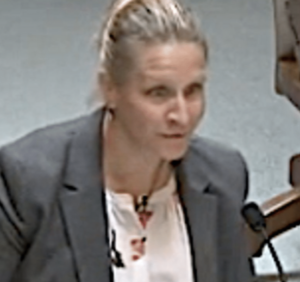 Joe Patrice in a post on Above the Law presents some video of Department of Justice attorney Sarah Fabian as she argued before the Ninth Circuit and attempted to defend the conditions, including the lack of soap or a tooth brush, under which the minors were detained.  It is fair to say that the judges were not sympathetic to the U.S. government's arguments.  One of the judges, Wallace  Tashima, had been interned as a child during World War II.