U.S. Court of Appeals for the Third Circuit: Driving Under Influence of Marijuana is a Removable Offense 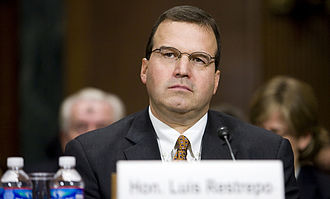 Diana Novak Jones for Law360 (registration required) reports on a U.S. Court of Appeals for the Third Circuit decisions that a conviction for driving under the influence of cannabis can subject a noncitizen to removal from the United States.

Mohamed Sambare, a lawful permanent resident from the Ivory Coast, is facing removal after he pled guilty to driving under the influence in Pennsylvania. Under federal law, any noncitizen can be deported if they are convicted of a crime involving a controlled substance. However, there is an exception for someone convicted one time of possessing less than 30 grams of cannabis for their personal use.  The Third Circuit found Sambare was subject to removal and that the exception did not apply.

Here is the opinion by U.S. Circuit Judge Luis Restrepo (joined by Judges Thomas Ambro and Morton Greenberg).  Here is the introduction to the decision:

"Petitioner Mohamed Sambare seeks review of the decision of the Board of Immigration Appeals (`BIA'), which dismissed his appeal of an order of removal entered by the Immigration Court. In particular, Sambare asserts that the BIA erred in finding that his conviction under Pennsylvania’s statute criminalizing driving under the influence of a controlled substance, 75 Pa. Cons. Stat. § 3802(d)(1)(i) . . . , constituted a conviction for a `violation of . . . any law or regulation of a State . . . relating to a controlled substance . . . , other than a single offense involving possession for one’s own use of 30 grams or less of marijuana' pursuant to 8 U.S.C. § 1227(a)(2)(B)(i). We disagree, and thus we will deny the Petition."