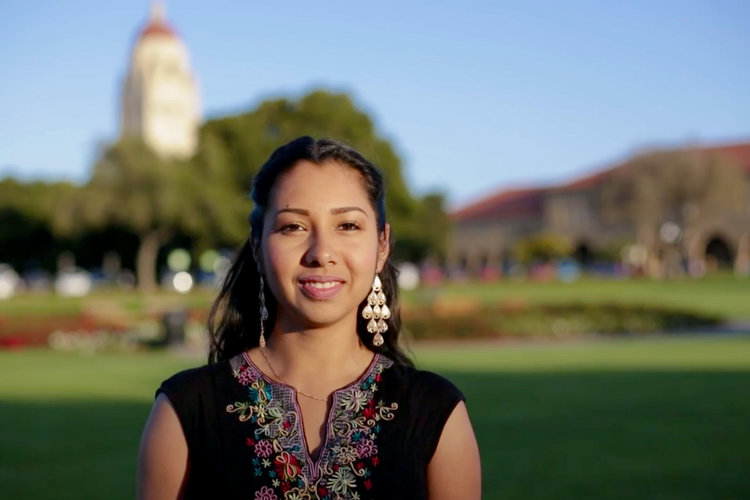 Here is a good immigrant story from Mitu.  Sarahi Espinoza Salamanca, knows first hand how this felt back in 2008 when she found out she didn’t qualify for FAFSA because she was undocumented. “When I was in high school I found out that because I was undocumented I was not going to be able to qualify for FAFSA like all my other friends,” Salamanca, then 18, told Forbes. “I asked my counselor for guidance on other options to finance my college education and she said that people like me didn’t go to college.”

Salamanca, who came to the United States in 1994 from Mexico at the age of 4, had little to no resources to help pay for college.. At that time in California, in 2008, she qualified for some money under AB540, which allows certain undocumented students in-state tuition. However, it didn’t work to help pay for college since Deferred Action for Childhood Arrivals (DACA), an immigration policy that provides qualified undocumented immigrants with a renewable work permit, didn’t exist until 2012.   As a result, Salamanca didn’t go to college directly after high school. Instead, she earned money by cleaning housies and taking care of children.

Salamanca took things into her own hands. She would submit an idea proposal to Voto Latino’s Innovator Challenge, which gives awards to five people with the best ideas in STEM aimed at Latinos in the U.S. Her proposal was DREAMers Roadmap, a nonprofit app that helps undocumented students around the country find scholarships to go to college.

Salamanca would win the competition and earn $100,000 to help jump start the app. She began working full time for DREAMer’s Roadmap after getting her associate’s degree from Cañada College in Redwood City in 2015. Since the app launched in 2016, it has helped over 20,000 undocumented students find scholarships.