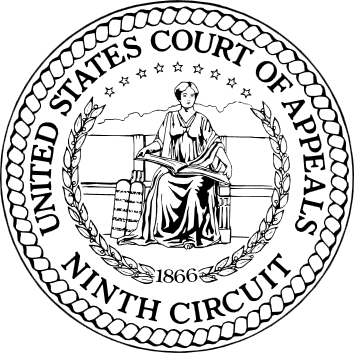 Courthouse News reports on the details.  “The district court did not abuse its discretion when it concluded that AB 450’s employee-notice provisions neither burden the federal government nor conflict with federal activities, and that any obstruction caused by SB 54 is consistent with California’s prerogatives under the 10th Amendment and the anticommandeering rule,” U.S. Circuit Judge Milan Smith wrote for the panel. “We also affirm the denial of a preliminary injunction as to those provisions of AB 103 that duplicate inspection requirements otherwise mandated under California law.”

However, the panel found one provision of AB 103, which mandates the state attorney general to periodically inspect immigrant-detention centers to ensure conditions and standards of care are sufficient and due process standards are being followed, unfairly and impermissibly burdens the federal government – violating the doctrine of intergovernmental immunity.

The panel stopped short of siding with the federal government and instead asked the judge in the case to reconsider the extent of the government’s “economic or operational burden” for the extra inspections AB 103 calls for.

Regarding SB 54, which the panel recognized as “the most contentious of the three challenged laws” since it restricts state and local law enforcement’s cooperation with federal immigration agents except where certain violent crimes and felonies are involved, the panel ruled it passes constitutional muster.

Here is a statement by Thomas A. Saenz, president and general counsel of MALDEF (Mexican American Legal Defense and Educational Fund):

“The Ninth Circuit’s decision demonstrates anew the Trump administration’s unlawful pretensions to imperial power.  California has the right to avoid being implicated in the administration’s nativist policy agenda that daily violates the rights of countless immigrants contributing to the growth and betterment of California.  Neither current federal law nor the Constitution forces any state to acquiesce in the thuggish mistreatment of immigrants promoted by Donald Trump.

Just as Trump lacks the authority to override protective state laws like those upheld by the Ninth Circuit, he also lacks the legal authority to retaliate against states and cities that do not support his white nationalist agenda by transporting released detainees to those jurisdictions.  While these jurisdictions do not fear the immigrant detainees -- who are not criminals despite Trump’s regularly-emitted lies to the contrary -- the tactic, if implemented, would violate detainees’ rights to settle where they wish on release, and would tread unlawfully upon the right of states not to be bullied by the president.

This administration should cease wasting taxpayer dollars on frivolous litigation designed to secure megalomaniacal powers for Donald Trump.  And Trump should put his tweeting fingers to better use than threatening those who disagree with his retrograde and racist policies.”