Nonimmigrant of the Day: Efe Obada, Defensive End for the Carolina Panthers 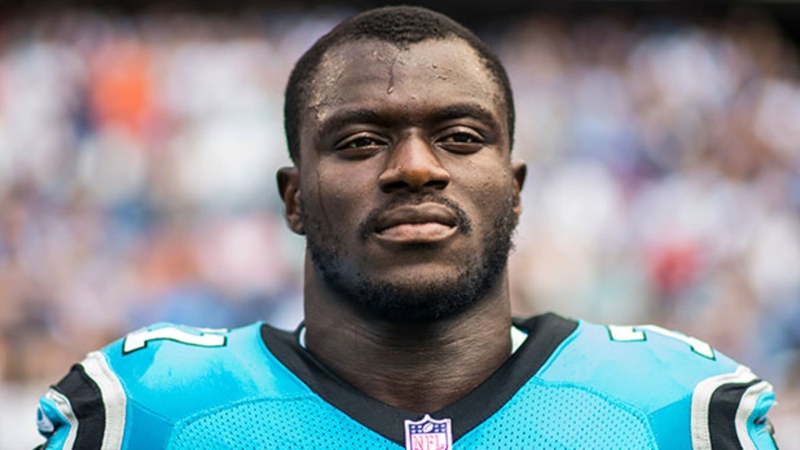 Efe Obada is a defensive end for the Carolina Panthers. Unlike most NFL recruits, Obada did not come from the ranks of U.S. college players. He came from that most football-loving of countries... England.

In a feature on the Panthers' website called In My Own Words, Obada explains that he was born in Nigeria and moved to the Netherlands at a young age. Then, at the age of 10, his mother arranged for Obada and his sister to be brought to the United Kingdom.

Obada writes: "a stranger that was supposed to look after me and my sister. They did not. They abandoned us in the streets of East London and left my sister and I to fend for ourselves."

Obada and his sister spent years in U.K. foster care. Writing about his life as he got older, Obada notes: "I couldn't further my education or gain employment because I was undocumented. I was stuck."

Somehow, Obada found football. The American kind. And after spending time with the London Warriors, Dallas Cowboys, Kansas City Chiefs, and the Atlanta Falcons, Obada has found a new home with the Carolina Panthers.

You can learn more about Obaba in this feature from the BBC.