ICE is holding $204 million in bond money, and some immigrants might never get it back 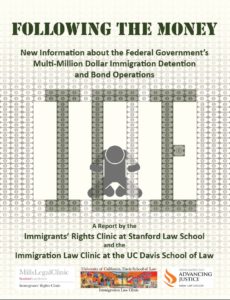 Meagan Flynn for the Washington Post reports that the U.S. Immigration and Customs Enforcement is holding on to more than $200 million in bond money that belongs to immigrants who have been in the agency’s custody, cash that has yet to be returned to thousands of immigrant families or the U.S. citizens who bailed them out, according to data obtained through open records requests.

The unreturned bond money stood at $204 million as of July 31, 2018, according to the data, which immigration law clinics at Stanford University and the University of California at Davis. The pot of immigrant bond money grew by $57.3 million between September 2014 and July 2018, the data shows.  More than 18,000 bond payments went unclaimed in that four-year period, according to the data.