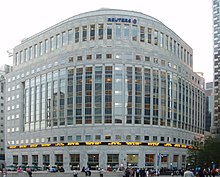 Reuters report that increasing numbers of prospective immigrants – especially Mexicans – are being denied visas based on determinations by the U.S. State Department that they might become “public charges,” according to official data and interviews with attorneys, immigrants and their family members.  The refusals, capping an often complex and lengthy application process, can keep people separated from American spouses and children.

One reason for the rise in visa denials is changes last year in the State Department’s foreign affairs manual that gave diplomats wider discretion in deciding visa denials on public-charge grounds. The changes occurred in January 2018 as the Department of Homeland Security was preparing a controversial proposal to restrict immigration on public-charge grounds. The regulation, officially proposed in October, received more than 200,000 public comments.