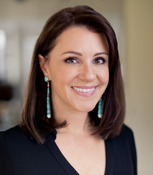 As global attention turns increasingly to issues of migration, the indigenous identity of migrants often remains invisible. At the U.S.-Mexico border, for example, a significant number of the individuals now being detained are people of indigenous origin, whether Kekchi, Mam, Achi, Ixil, Awakatek, Jakaltek or Qanjobal, coming from communities in Venezuela, Honduras, Guatemala and other countries. They may be leaving their homelands precisely because their rights as indigenous peoples, for example the right to occupy land collectively and without forcible removal, have been violated. But once they reach the United States, they are treated as any other migrants, without regard for their status or experience as indigenous peoples. In a recurring set of events, indigenous detainees have been presented translation and legal services in Spanish, when they actually speak only an indigenous language, in cases associated with the separation of children from their families and even the death of individuals unable to describe their health care situation to service providers.

In this article, we argue that accounting for the experience of indigenous peoples is critical to advancing a human rights approach to migration, and addressing the legacies of conquest and colonization that undergird state policies on territorial sovereignty and border regulation. On the one hand, indigenous peoples like other migrants are often fleeing situations of economic, social, and political unrest in their countries. They seek personal and familial security, economic mobility, and political freedom. On the other hand, as “peoples” with political and cultural rights to self-determination and territory, indigenous peoples experience discrimination and violence not only in their individual capacities, but also with respect to their survival as collective entities. Moreover, indigenous worldviews and relationships with traditional landscapes often predate, by hundreds or thousands of years, the contemporary boundaries of states. For example the Haudenosaunee people of North America recognize their homeland as “Turtle Island” a place not inherently defined by current borders between the U.S. and Canada. The Yaqui and Tohono O’dham peoples’ community and ceremonies stretch across the much contested Mexico-U.S. border, such that their lives and lands have become militarized zones. Family members, sacred sites, subsistence habitats, and migration patterns are similarly dispersed across current socio-political fault lines. So too with indigenous peoples of Northern Europe, Russia, Asia, Africa, and other regions.

Accordingly, the UN Declaration on the Rights of Indigenous Peoples recognizes that when indigenous peoples are “divided by international borders,” they “have the right to contacts, relations and cooperation, including activities for spiritual, cultural, political, economic and social purposes, with their own members as well as other peoples across borders.” Other articles define the right to be from violence, to keep families intact, and to maintain an indigenous identity without reference to national identity or citizenship status. But recognition and realization of these rights raises difficult questions – for example, if indigenous cultural identity is tied to land and territory, do indigenous peoples retain their rights following relocation and displacement? As societies are more mobile, are concepts of individual identity and collective self-determination also mobile, do they go with indigenous peoples when they cross borders whether internal or external to nation-states? Whose obligation is it to effectuate such rights? Can the situation of indigenous peoples as migrants be meaningfully addressed through legal regimes of asylum and refugee law – or must they implicate international diplomacy and norms of state-indigenous relations. These are other questions are left largely untouched by the 2018 Global Compact on Migration, which contains only the briefest reference to indigenous peoples without substantive analysis. By focusing on the situation of indigenous peoples, this article pushes migration law, both in theory and practice, to consider more fully its colonial origins and impacts, and incorporate a broader concept of individual and collective human rights going forward.