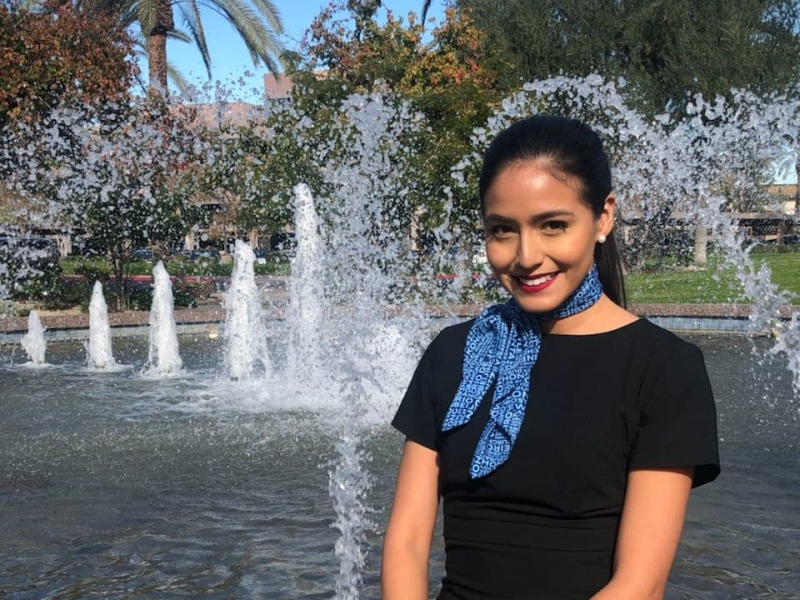 Selene Saavedra Roman pictured last fall. In February, the flight attendant and DACA beneficiary was detained after working a flight to Mexico. She was in custody for six weeks before being released March 22. (David Watkins)

The battle over DACA continues.  And the Trump administration is taking prisoners.

Reis Thebault for the Washington Post reports on the case of Selene Saavedra Roman, a DACA recipient from Peru who recently was detained by ICE after leaving the United States as required by her employer, an airlines.  She has lived in the United States for 25 years, since she was 3.

Saavedra Roman's is a flight attendant for a regional company, Mesa Airlines.  According to the Post article, she told the company she was a DACA beneficiary and did not want to fly internationally. Yet, in February, Mesa had her fly to Mexico. She told the company of her concerns and was assured that she would not have trouble reentering the United States.

On February 12, U.S. officers detained Saavedra Roman after she landed in Houston on her return flight. She remained in detention for another six weeks before her release last Friday evening.

"[A]dvocates are pointing to her case as an example of how the Trump administration’s attempts to end DACA — and the tug of war with the courts that followed — have confused program beneficiaries, their families, government agencies and private employers, muddling an already complex web of immigration policies."