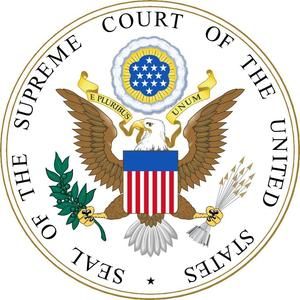 Earlier this week, the Supreme Court granted cert in a new immigration case, Kansas v. Garcia.  The issues presented in the case:

(1) Whether the Immigration Reform and Control Act expressly pre-empts the states from using any information entered on or appended to a federal Form I-9, including common information such as name, date of birth, and social security number, in a prosecution of any person (citizen or alien) when that same, commonly used information also appears in non-IRCA documents, such as state tax forms, leases, and credit applications; and

(2) if IRCA bars the states from using all such information for any purpose, whether Congress has the constitutional power to so broadly pre-empt the states from exercising their traditional police powers to prosecute state law crimes.

Here is how Amy Howe on SCOTUSBlog describes the case:

"In Kansas v. Garcia, the justices will review a ruling by the Kansas Supreme Court that reversed the convictions of Ramiro Garcia and two other defendants for identity theft after they used other people’s Social Security numbers. The federal Immigration Reform and Control Act bars employers from knowingly employing undocumented immigrants. The act also requires employees to verify that they are eligible to work in the United States by submitting a Form I-9, and it strictly limits the use of information on or attached to a Form I-9. Because the Social Security numbers that the defendants were using appeared on their I-9s, the state court reasoned, the prosecution was trumped by the IRCA, even if the Social Security numbers also appeared on the defendants’ tax-withholding forms.

The justices asked the U.S. solicitor general to weigh in last spring, and in December the federal government agreed with Kansas that the court should review the case. Even if states cannot use the information contained in a Form I-9, the government contended, they can still prosecute someone using information from other documents. Today the court announced that it had granted Kansas’ request for review; the case is likely to be argued in the fall."