Chile and Migration: The Global Compact for Safe, Orderly and Regular Migration and More 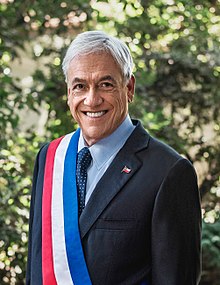 Last week, I got behind in my blogging while I was in Santiago, Chile recruiting international scholars and students, presenting talks on immigration, and meeting with alums and friends of UC Davis School of Law.

During my visit, it became apparent that immigration -- as well as the United States' college admissions scandal -- was a hot topic.  As discussed in this Migration Policy Institute report, Chile has experienced a national debate on immigration. In response to public concern with Haitian, Dominican, and other immigrants, new President Sebastián Piñera has proposed greater restrictions on immigration.  The consensus appears to be that the Immigration Act of 1975 needs to be reformed; however, the Chilean Congress has been unable to act. 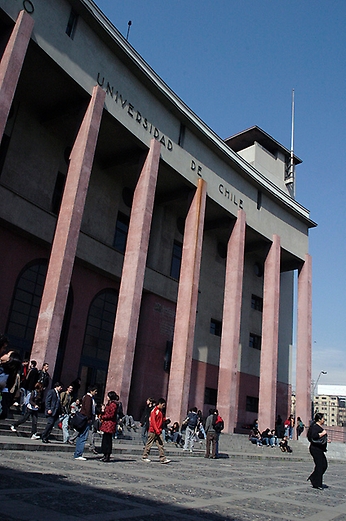 The next day, I visited the Universidad de Chile law school and delivered the following lecture:

In December 2019, more than 150 nations approved the Global Compact for Safe, Orderly and Regular Migration  (Global Compact).  Building on the 2016 New York Declaration for Refugees and Migrants, the Compact continues the process of promoting cooperation, coordination, and dialogue on migration in the international community. It identifies a number of objectives and commitments, primarily directed at cooperation and coordination. The Compact also calls for, among other things, nondiscrimination against migrants and providing proof of identity to migrants in a state.

A number of nations, including the United States, Australia, Chile, and the Dominican Republic, declined to sign the Global Compact. As with other international arrangements, a major concern was that the Compact would result in the surrendering of national sovereignty over immigration. Immigration is a controversial -- indeed explosive -- issue in many nations and strong voices often advocate for national sovereignty and the exercise of power over immigration and immigration controls.

More generally, in the United States President Trump has expressed skepticism about international institutions, including and especially the United Nations. In responding to international trade, immigration, and foreign policy generally, the President has consistently and unequivocally emphasized “America First.”  That approach, of course, places primacy on national sovereignty and serves as a frame for all of the U.S. government’s relations with other countries.

To calm sovereignty concerns with the Global Compact, the Compact did not impose binding obligations on nations but was a non-enforceable promise to cooperate and coordinate migration policies. In fact, the Compact expressly recognized national sovereignty over immigration and enforcement. It specifically provides that:

"[t]he Global Compact reaffirms the sovereign right of States to determine their  national migration policy and their prerogative to govern migration within their jurisdiction, in           conformity with international law. Within their sovereign jurisdiction, States may    distinguish between regular and irregular migration status, including as they determine           their legislative and policy measures for the implementation of the Global Compact,        taking into account different national realities, policies, priorities and requirements for   entry, residence and work, in accordance with international law."

Reasons Some States May Have Declined to Join the Global Compact

Reasons beyond concerns with ceding national sovereignty also likely contributed to some nations declining to join the Global Impact. The following reasons may have contributed to the decision of the United States, to not sign the Compact:

Immigration touches on issues of language, culture, and the sense of national identity. Such issues are controversial in the United States. They also are generally thought of as a primarily domestic, not international, concern and the subject of intense internal debate.

The Omnipresent Concern with Mass Migration.

When it comes to immigration, nations in the developed world often worry about mass migration and see a need to exercise control over immigration, with the corollary need for limits on the number of immigrants coming into the country. Such concerns raise controversial economic, political, social, and cultural issues that affect all people of society. Concerns with mass migration in the United States have hindered efforts at domestic immigration reform. Such reform has been discussed for many years. That is true even though it is generally agreed that the current U.S. immigration regime requires reform. The United States has an antiquated immigration system created by the Immigration and Nationality Act of 1952, which was passed by Congress at a time when exclusion and deportation of communists was paramount. These are not the major immigration concerns of the 21st century. Although amended on numerous occasions, the INA remains the basic U.S. immigration law.

Concerns with the Long Term Impacts of Previous Migration and Refugee Accords.

Some of the nations’ resistance to the Global Compact may be rooted in concerns with the impact of the implementation of previous international accords, such as the United Nations Convention on the Status of Refugees (1951) and the United Nations Protocol Relating to the Status of Refugees (1967) . Those treaties created powerful -- and binding on states -- international protections for noncitizens who flee persecution or have a well-founded fear of future persecution.

Immigration policies in the United States today focus primarily on immigration enforcement. Besides not being crafted for the realities of modern migration pressures, the policies are not consistent with the humanitarian spirit of the Global Compact.

President Trump has spoken harshly of immigration and immigrants. He has bolstered immigration enforcement measures and has sought to restrict legal immigration. To that end, the Trump administration, among other things, has issued three versions of the Muslim ban, aggressively employed immigrant detention, and fervently advocated building a wall along the U.S./Mexico border. President Trump frequently declares that the nation’s southern border is in “crisis” and has talked about the “invasion” from the South. Such concerns almost certainly led to a general resistance in the United States to the call for migration cooperation in the Global Compact.

President Trump also has specifically attacked Muslim, Mexican, Salvadoran, and Haitian noncitizens. The verbal attacks have translated into tough immigration enforcement measures directed at these groups. Although some of these measures have provoked controversy and been halted by the courts, many have gone into effect.

The harsh tone combined with the tough enforcement measures in the United States have frightened immigrant communities, as well as people with affinities for those communities. Besides striking fear into immigrants, which have impacts on their well-being as well as their cooperation with government, the harsh rhetoric and attacks on immigrants has delayed indefinitely much needed congressional reform to the immigration laws.

The Need for International Cooperation

Global economic and political pressures fuel migration and affect many nations. No single nation can effectively address migration pressures and flows on its own. In the future, nations must recognize the following in addressing migration

At the same time, migration of people from other countries bring changes to the receiving nations. Efforts need to be made to focus not on simply admission and removal but also on policies that facilitate the integration of immigrants into society.

The Global Compact was designed to facilitate much-needed coordination and cooperation on migration matters. Multilateral work is much needed as nations around the world undoubtedly will continue to experience migration flows. Although some of the migrants are refugees fleeing civil strife or fearing persecution, migration also represents a response to economic opportunity, political freedoms, and family reunification.