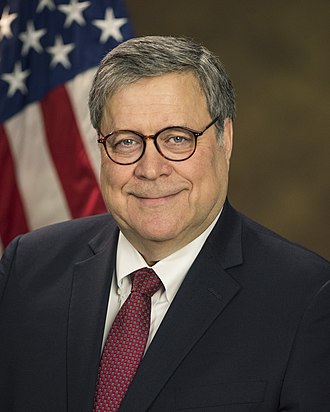 Yesterday, William Barr was sworn in as the 85th attorney general of the United States, immediately assuming leadership of a Justice Department. Barr took the oath at a closed White House ceremony after the Senate voted to confirm him on a largely party-line vote of 54-45, allowing him to become only the second person in history to serve twice as the attorney general.

Before becoming Attorney General the first time, Barr held numerous other posts within the U.S. Justice Department, including serving as Deputy Attorney General from 1990 to 1991 under George H. W. Bush.  Most recently, Barr was with the law firm of Kirkland and Ellis.

Dara Lind on VOX looks at Barr's immigration record. I am hopeful that Barr is more even-handed in his approach to immigration than his predecessor, Jeff Sessions.  His "dark vision for immigration policy" is considered in this New Yorker piece by Jonathan Blitzer.