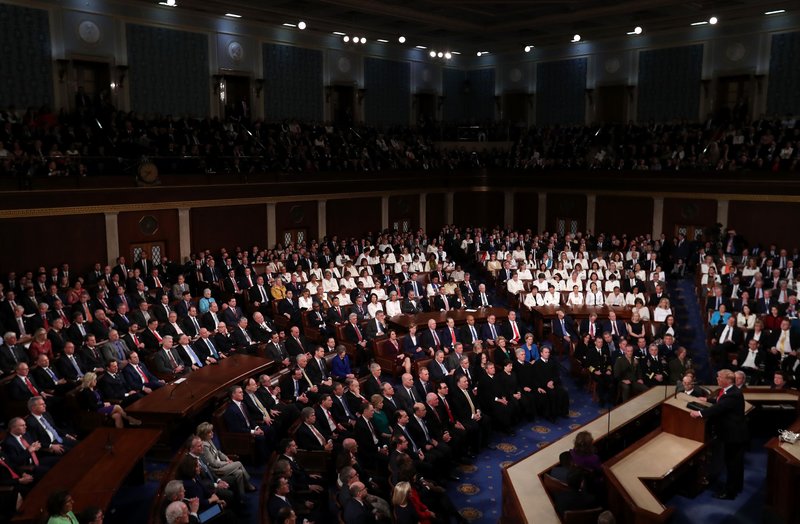 In a relatively toned down performance, President Trump delivered the State of the Union address last night. Nothing was too surprising.  The House seemed polarized, with women dressed in white in memory of the suffragettes.  Speaker of the House Nancy Pelosi sat behind the President, watching intently,

President Trump repeated his pitch for funding for a wall along the US/Mexico border, stating that it would protect the country from "criminal aliens" and human traffickers. No mention was made that half or more of all undocumented immigrants are visa overstays, having entered lawfully but overstayed the terms of their visas; a wall would have no impact on visa overstays.  President Trump noted that previous border projects in El Paso and San Diego, for example, had halted undocumented migration through those cities.  What he failed to mention was that migrants continued to  travel through more isolated locations where many have died.

Other “non-surprises”: Special guests of the President included a Department of Homeland Security human trafficking officer and a family who allegedly had family members killed by an “illegal alien.”   The immigration theatrics seem unlikely to build bipartisan support for a budget.

President Trump ended in an inspiring note, extolling Congress to look at the historic opportunities for the future.

Here is the full text, with annotations, to the SOTU.