‘The most unbelievable story in golf’: A treacherous border crossing was just the beginning of José de Jesús Rodríguez’s journey to the PGA Tour

Here is an immigration "feel good" story about an unlikely Professional Golf Association rookie,  José de Jesús Rodríguez’s (with the nickname, El Camaron (The Shrimp), who years ago crossed the US/Mexico border poor, impoverished, and taking great risk, worked hard in the U.S., returned to Mexico, and now is a professional golfer.

Here is a description of El Camaron's initial efforts to cross the border:

"Late at night, when he made his forays for freedom, the river was as black as ink. Underfoot were treacherously slippery rocks and other unseen hazards. Growing up in land-locked Irapuato, Mexico, José de Jesús never learned to swim. Now the chilly water lapped against the teenager’s chin, inviting the darkest fear: `If I slip, I die,' he remembers thinking. Day after day, for three agonizing months, José de Jesús tried to steal across the Rio Grande, only to be thwarted by its currents and the United States Border Patrol. So many times he wanted to give up and return home, but what kept him going were the people he’d left behind: seven siblings who slept shoulder-to-shoulder on the dirt floor of their one-room, bathroom-less adobe home; a mother who endured seven stillbirths but still found a way to hand-make tortillas seemingly every day; a father he revered but whose body was breaking under the strain of so many years of toil as a laborer on construction sites."

José de Jesús Rodríguez has come on the scene in a time when immigration is a divisive political issue.  He says, “I want to set a good example so American golf fans can see we are good people who want to work hard.” “Follow your dreams,” Camarón says. “No matter how impossible it seems, they can come true. I’m proof of that.” 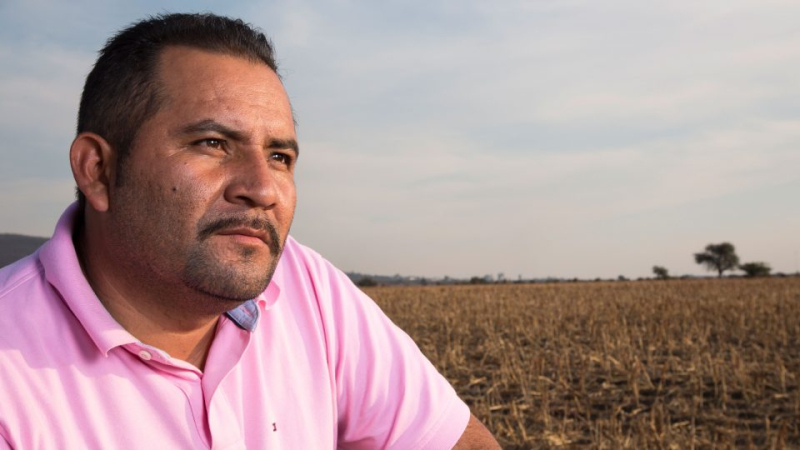 “El Camarón,” as Rodríguez is known, says when he first emigrated from Mexico he was "pretty sure that I would die."Janet Jarman