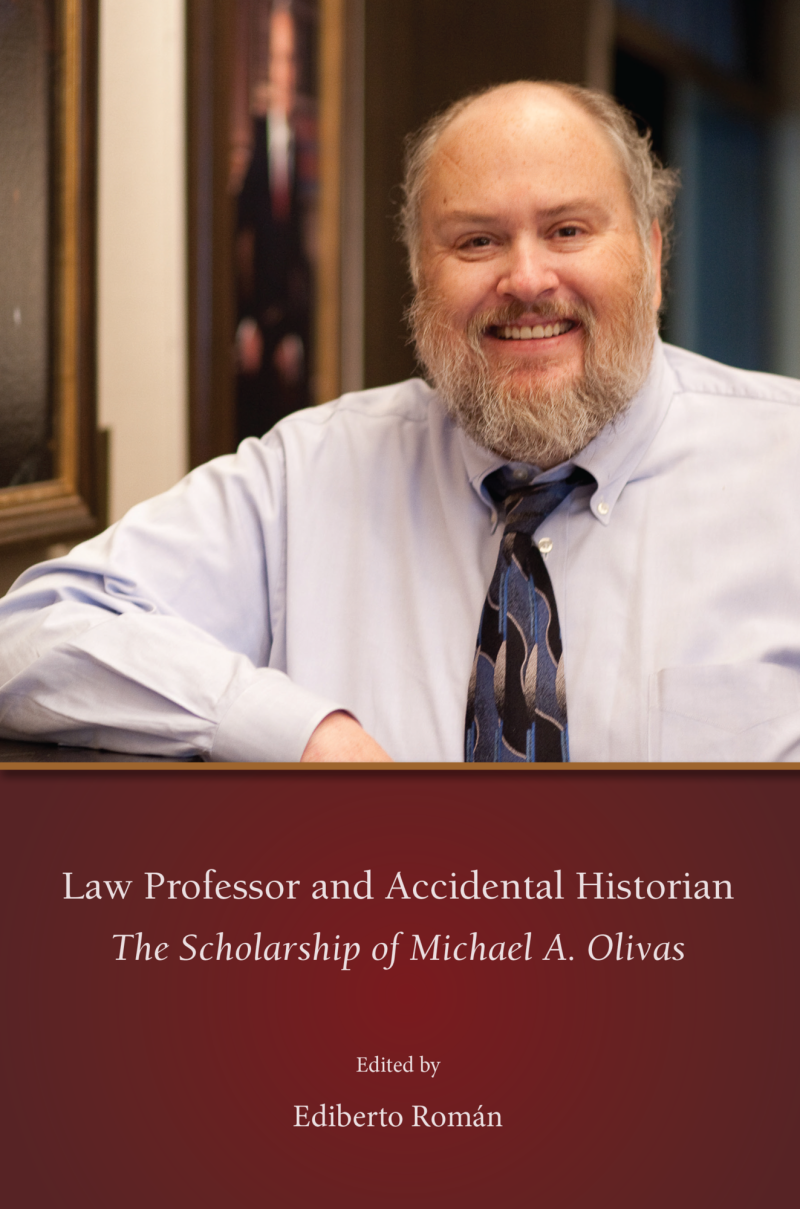 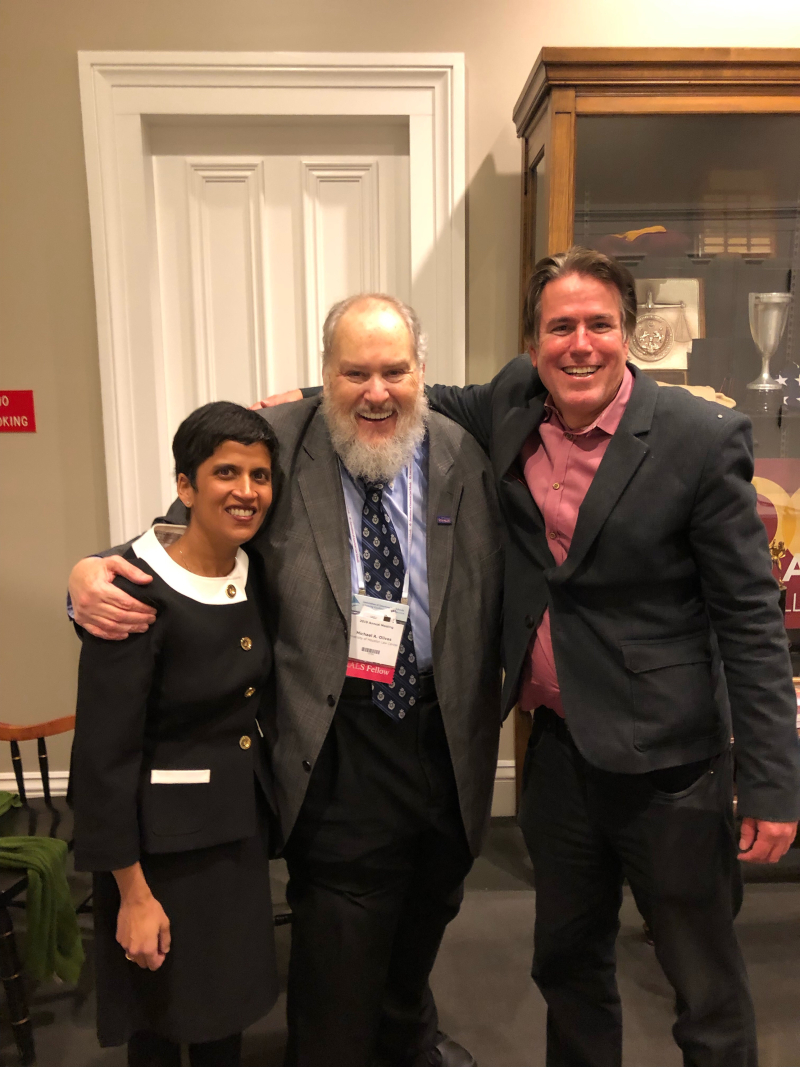 The following is a guest post from Shoba Sivaprasad Wadhia:

On January 5, 2019, dozens of fans appeared for the retirement celebration held for Michael A. Olivas during the AALS Conference. Organized by Steven Bender with myself as a sidekick, the celebration brought together Michael, his wife Tina, old friends, the Latino Law Professors and Immigration Law Professor communities into one amazing venue replete with rock n’ roll music, a slide show, food, tributes and writing options for to express thoughts in the guest book or special “retirement cards.”

As I shared during the celebration, I met Michael rather late against his long career as a scholar, teacher, and mentor to so many generations of law professors across many fields. He was writing a piece called Dreams Deferred, one of several pieces now featured in The Accidental Historian (Carolina Academic Press). I was thrilled to be able to read an early draft and share my thoughts. What unfolded afterwards was a relationship I could not have imagined.

What is clear is that so many people have experienced this magic with Michael. In immigration, Michael has touched the field with depth and leadership on DACA, the DREAM Act, in-state tuition for undocumented students and licensing for the same. A masterful author of several books on higher education, immigration and the Latino/a experience, Michael has also mentored scored of future authors with wit, wisdom and pragmatic advice. There are few words to describe the force of Michael and the blank space he leaves on the immigration professor community. One silver lining is that he might stay on immprof and shed his wisdom and some tunes from the best from time to time – by this time, we might even have a DREAM Act. Michael! On behalf of the immigration law professor community, thank you for everything. With gratitude.

We are all so lucky to know Michael, and have benefited so much from his advocacy, activism, courage, wisdom, and brilliance. He is truly a giant in our field, and I pray he remains our active leader.

congratulation to you behalf of: https://immigrationsolicitordublin.com on your retirement Michael Olivas, still look young, be healthy rest of your life