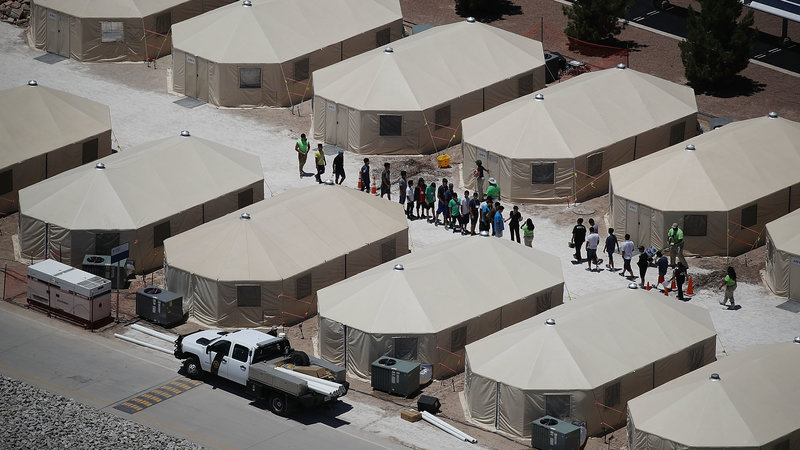 In a month where not one but two children have died in the custody of the Department of Homeland Security, it's worth taking a look at the big picture regarding immigrant youth in detention.

NPR reports that nearly 15,000 children are currently in detention facilities. According to the Department of Health and Human Services, authorized detention centers for children are at 92% of their capacity.

"The situation is forcing the government to consider a range of options, possibly including releasing children more quickly to sponsors in the United States or expanding the already crowded shelter network."

The photo to the right is of the largest detention facility for children. The Tornillo, Texas, tent camp currently houses 2,800. It could house 3,800 with increased staff.