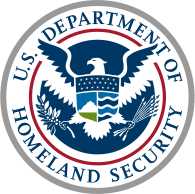 The Washington Post reports that a seven-year-old girl from Guatemala, part of the migrant caravan, died last week while in DHS custody. She had crossed the U.S.-Mexico border without authorization, and she was apprehended with her father and other migrants. Hours after being in custody, she suffered seizures. She was airlifted to a hospital where she suffered cardiac arrest apparently brought on by dehydration, septic shock, and fever related to not eating or drinking for several days.

A DHS spokesperson told CNN: "Once again, we are begging parents to not put themselves or their children at risk attempting to enter illegally. Please present yourselves at a port of entry and seek to enter legally and safely."