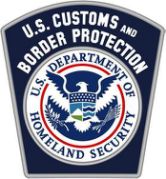 CNN reports that an 8-year-old Guatemalan boy died late Christmas Eve in the custody of US Customs and Border Protection, the agency said, the second Guatemalan child to die in the agency's custody this month.

Rep. Joaquin Castro, chairman-elect of the Congressional Hispanic Caucus, identified the child in a statement as Felipe Alonzo-Gomez. The boy, who was detained with his father, died shortly before midnight at Gerald Champion Regional Medical Center in Alamogordo, New Mexico, about 90 miles north of the border crossing in El Paso, Texas.

Earlier this month, a 7-year-old girl, Jakelin Caal Maquin, fled Guatemala with her father, and after surviving the 2,000-mile journey to New Mexico, she died December 8, fewer than 48 hours after CBP detained her and her dad. Her body was repatriated Sunday to Guatemala.