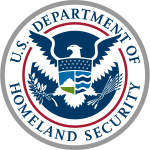 Today, Secretary of Homeland Security Kirstjen M. Nielsen and Acting Attorney General Matthew G. Whitaker released the following statement on the joint Department of Homeland Security and Department of Justice asylum regulation: “Consistent with our immigration laws, the President has the broad authority to suspend or restrict the entry of aliens into the United States if he determines it to be in the national interest to do so. Today's rule applies this important principle to aliens who violate such a suspension or restriction regarding the southern border imposed by the President by invoking an express authority provided by Congress to restrict eligibility for asylum.  Our asylum system is overwhelmed with too many meritless asylum claims from aliens who place a tremendous burden on our resources, preventing us from being able to expeditiously grant asylum to those who truly deserve it.  Today, we are using the authority granted to us by Congress to bar aliens who violate a Presidential suspension of entry or other restriction from asylum eligibility.”

STATEMENT: Once Again, the Trump Administration Demonstrates That Its Fearmongering and Demagoguery Are Not Only for Political Purposes—But Also to Drive a Cruel, Nativist Agenda, Says Tom Jawetz

Washington, D.C. — Today, the Trump administration issued an illegal interim final rule designed to prevent large classes of people from seeking asylum in the United States. Tomorrow, the administration is expected to issue a proclamation applying this new asylum ban to any person crossing the southwest border between the ports of entry. Tom Jawetz, vice president of Immigration Policy at the Center for American Progress, issued the following statement:

Denying people the right to seek asylum is cruel, unjust, and also unlawful. When Congress in 1996 enacted sweeping immigration enforcement legislation—putting in place the expedited removal system that today allows Border Patrol agents to quickly deport people they apprehend without any court process—it specifically created the credible fear process to preserve the right of people to seek asylum when they are apprehended between the ports of entry. Congress did that knowing that if it circumscribed the right to seek protection, then it would run afoul of our obligations under U.S. and international law to not return people to face persecution abroad. The interim final rule issued today acknowledges this history even as it attempts to undo it entirely.

In addition to violating the plain text of the Immigration and Nationality Act, which guarantees people the right to seek asylum “whether or not at a designated port of arrival,” the administration decision to bypass the required notice and comment process is wholly without “good cause.” While the administration clearly felt an urgent need to politicize the plight of a group of people—mostly mothers and children—traveling slowly through Mexico in advance of Tuesday’s midterm elections, that hardly provides the urgency needed to justify putting this cruel policy in place without first hearing from the public.

With the Trump administration, it’s useful to remember that as much as they embrace fearmongering and anti-immigrant bias for their perceived political benefits, they are also committed to furthering an anti-immigrant and anti-refugee agenda every single day.

When these people were given the option to stay in Mexico and make a life and refused, they are no longer asylum seekers

1) Since their stated goal was to seek asylum here, they' don't forfeit that right by not seeking asylum elsewhere, either legally or morally

2) If one is fleeing cartel/gang violence, why seek asylum in a country rife with the gangs/cartels?