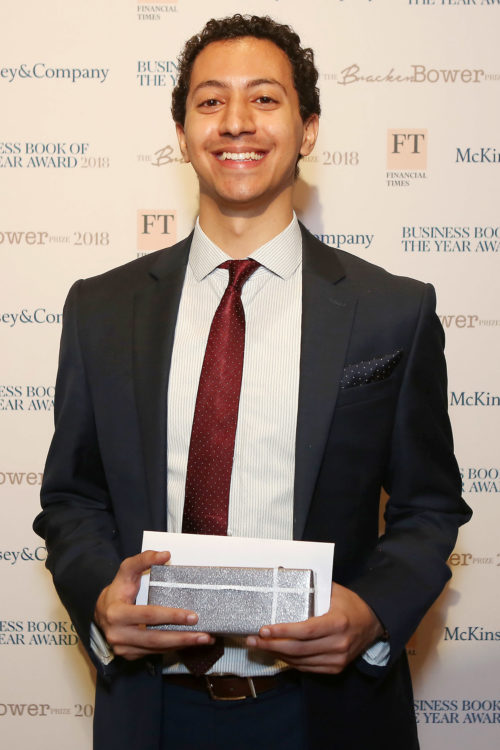 News from Harvard Law School:  "When third-year Harvard Law student Andrew Leon Hanna hears immigrants depicted as criminals or charity cases, he thinks instead of his parents, Nosshey and Afaf Hanna, who immigrated to the United States from Egypt three decades ago. Their lives helped inspire Hanna’s book proposal, “25 Million Sparks”, which recently won the 2018 Bracken Bower Prize from the Financial Times and McKinsey & Company, for the best business book proposal from an author aged 35 or under. Hanna, 26, plans to use the prize money . . . to travel to the Zaatari refugee camp in Jordan and other places around the world where refugees who’ve fled war and persecution have built new lives with their creativity. He’s in talks with agents and editors about his book proposal."