From the Bookshelves: A Cobbler's Tale by Neil Perry Gordon 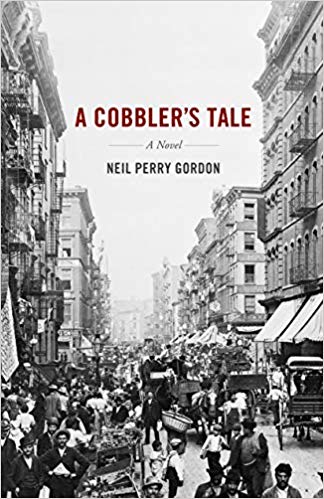 Jewish immigrants arriving at Ellis Island from Europe in the early 1900s were met with heartache and hope. Starting new lives, many left families behind in Europe and as they attempted to resettle—lacking basic resources such as food, jobs, and living spaces needed to restart.

Neil Perry Gordon's newly released Jewish Historical Fiction, A Cobbler's Tale [October 2018], is an immigration story about his great-grandfather who was the founder of the Landsman Society of Krzywcza, which helped people from his village establish new lives in America. In his new book, the stories of Jewish immigration to the Lower East Side are historically accurate; and their influence is still present today.

To research for the book, Gordon visited Ellis Island to gain an understanding of the Jewish immigration story. This included a private tour of the abandoned hospital facilities on the island, which offered insights to the immigration experience.