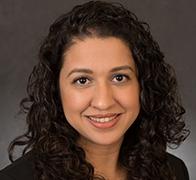 The Trump administration's proposed public charge rule is getting much attention.  Goleen Samari, a demographer at Advancing New Standards in Reproductive Health at the University of California, San Francisco, highlights the public health consequences of the proposed rule in the Washington Post (which took a "time out" from the Supreme Court confirmation hearings).  Samari concludes:

"Public-health recognizes that anti-immigrant policies are forms of racism that are antithetical to valuing health for all. These policies endanger and lead to premature mortality among large portions of the population and do nothing to keep Americans safe. In the effort to eliminate health disparities, we must actively work against the Trump administration’s xenophobic policies. We are all Americans, and we must urge Congress to block this proposal so that we can promote the health of all Americans."

There already are claims that noncitizens are being chilled from accessing public benefits because of the proposed rule.