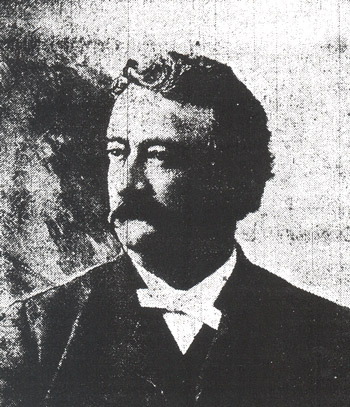 Stephanie Francis Ward in the ABA Journal reports on a fascinating story about one of the nation's leading law schools and its efforts to address the racially discriminatory views of one of its early benefactors.

For generations, UC Berkeley School of Law has been known as "Boalt Hall," named after John Henry Boalt.  The School explains the basic genesis of the school name here.  In an Immigration Article of the Day on this blog, Charles Reichmann offered "[a] close look at John Boalt’s legacy . . .  calls out for a reexamination of the law school’s continued association with Boalt, given the contrast between UC Berkeley’s stated values and Boalt’s influential views that the Chinese were an unassimilable race that ought to be excluded from the United States."

In light of racist views held by 19th-century mining industry baron John Henry Boalt, a University of California Berkeley law school committee (the committee included, among others, immigration law professor Leti Volpp) has suggested removing his last name from a campus building, as well as in internal communications and casual namings.

A Nevada attorney who came to California in the 1880s, Boalt wrote a piece the previous decade titled “The Chinese Question,” which argued in favor of preventing immigration from China because “Caucasian and Mongolian races are non-assimilating races,” and the Chinese were seen as inferior to white Americans. In his writing, Boalt also expressed negative views about Blacks and Native Americans.

After John Boalt died, his widow, Elizabeth Boalt, donated two parcels of San Francisco land to the law school in 1906, with instructions that the property be sold and the proceeds go toward a new building for the law school. A week later, the San Francisco earthquake occurred, and the school could only sell one parcel of land.

The committee report concludes as follows:

"Elizabeth Boalt did make contributions in John Boalt’s memory that assisted the law school as well as the entire University of California to move forward in its early years. There is, however, no evidence that John Boalt himself, either as lawyer or as a California opinion-maker of his time, would remotely have supported the inclusive law school and the UC Berkeley campus that we are so proud of today. His principle public legacy is, rather, one of racism and bigotry. We are now aware of this history and we acknowledge this history. It is for this simple reason that we cannot endorse having University of California’s flagship law school tagged so unthinkingly, as it has been for more than a century, with John Boalt’s name."