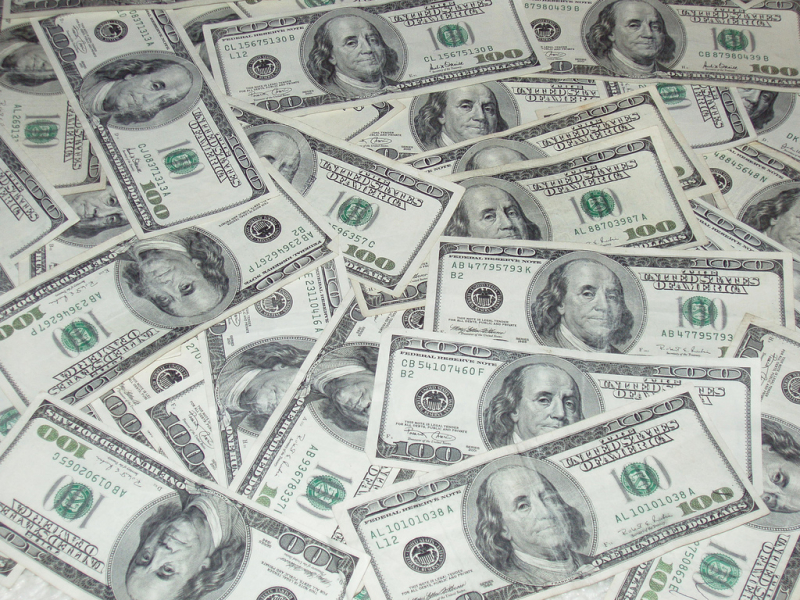 NPR's headline says it all: Funding The Immigration Crackdown At An 'Unsustainable Rate'.

Immigration enforcement, NPR notes, doesn't come cheap. First off, there are the flights to bring undocumented migrants back to their countries of origin. That air transport operation is $107 million over budget this year. That's a lot of Benjamins.

It isn't just ICE Air that's costing money. NPR finds that "ICE's budget for custody operations is a record $3 billion dollars this year — up from $1.77 billion in 2010." And still, "Congress that it's reallocated about $200 million from its current budget away from the Coast Guard and FEMA, among other things, to cover ICE operations."

ICE isn't the only agency seeing the costs of immigration enforcement. The U.S. Department of Health and Human Services, the agency in charge of unaccompanied minors, "moved $260 million from other parts of its budget to cover the expense, including funds that were appropriated for the Centers for Disease Control and Prevention and the National Cancer Institute."

Congress has noticed. The Senate subcommittee on Homeland Security is the one who characterized ICE's spending as "unsustainable."

And yet, President Trump hopes to spend even more: on a wall and on increased detention.

It'll be up to Congress to exercise the power of the purse to decide which initiatives are worth funding.