Immigration Article of the Day: A Constitution That Starves, Beats, and Lashes (or the Plenary Power Doctrine): Jennings v. Rodriguez and a Peek Into Immigration Dissent History by Allison Crennen-Dunlap 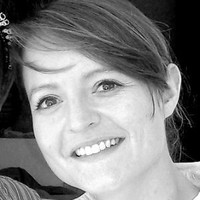 A Constitution That Starves, Beats, and Lashes (or the Plenary Power Doctrine): Jennings v. Rodriguez and a Peek Into Immigration Dissent History by Allison Crennen-Dunlap, Denver University Law Review, Vol. 95, 2018

In Jennings v. Rodriguez, the Supreme Court held that certain federal laws permit indefinite civil detention without a bond hearing while noncitizens fight to stay in the United States. The Court did not decide whether the Constitution permits such laws, leaving that question to the Ninth Circuit to decide in the first instance. Writing with impassioned opposition to the majority, Justice Breyer, joined by Justice Ginsburg and Justice Sotomayor, argued that the statutes as interpreted by the majority are likely unconstitutional. In so doing, Justice Breyer joins a legacy of Supreme Court justices whose protests of major immigration decisions have rung in the ears of students of immigration law since Congress first declared its power to exclude, incarcerate, and banish noncitizens. By examining Justice Breyer’s dissent in context of some of the great dissents of immigration history, we can learn much about how narrow the debate over U.S. federal immigration power has become. One hundred thirty years ago, some of the United States' brightest legal minds were shocked by the notion that the federal government possessed the power to expel resident noncitizens. If the federal government did possess the power to banish, the notion that it could do so without providing the full protections given criminal defendants was also shocking. Since then, a behemoth deportation and detention regime has arisen, and many unthinkingly accept that regime as inevitable. Today, the Supreme Court justices most favorable toward the rights of noncitizens ask (unsuccessfully) only that a statute be construed such that certain noncitizens — those held in civil detention based on decisions made by executive branch officials — receive a hearing every six months at which another executive branch official would assess whether incarceration remains necessary. It seems then that the range of rights once thought possible for noncitizens has narrowed. Might the time be ripe to ask some bigger questions?