Death on the Border: The Thousands of Bodies Along the US-Mexico Border

Death of migrants on the US/Mexico border is an all-too-common occurrence.  See, e.g., here, here, here.

"Since January of 2000, more than 2,800 migrant bodies have been found along the Arizona border with Mexico, according to the Pima County Medical Examiner’s Office. And about 1,000 of those bodies are unidentified.

Robin Reineke is co-founder and executive director of The Colibrí Center for Human Rights, an organization that helps identify the bodies found along the Arizona-Mexico border and connects them to missing-person reports from Mexico and Central American countries."

Reineke notes that the dead are almost all Latinos and pondered the largely ignored "racialized violence" along the border. 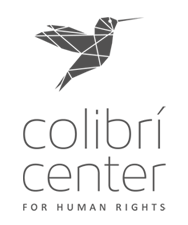