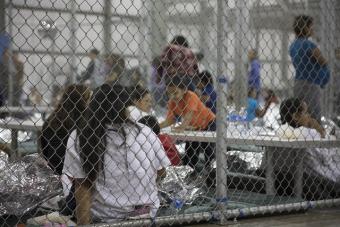 Sarah Pierce for the Migration Policy Institute reports that President Trump’s executive order temporarily ending the separation of families at the U.S.-Mexico border and indications that the administration may, for now, be shelving its plan to prosecute all adult illegal crossers have been welcomed by many anguished over the much-contested policies. Yet lost in the din is the deeper reality: The administration’s plan to detain all asylum seekers, including families, is now on its way to completion. The “catch-and-release” that Donald Trump has long railed against is, at least in part, effectively over for now, though the price tag in human and financial costs is a long way from being tallied in full.

Trump has continued the Obama regime policy of containment