Immigration Article of the Day: White Deaths Exceed Births in a Majority of U.S. States -- A Census data brief by the Applied Population Lab written by Rogelio Sáenz and Kenneth M. Johnson 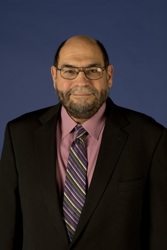 In 2016, more non-Hispanic whites died than were born in twenty-six states; more than at any time in U.S. history. Some 179 million residents or roughly 56 percent of the U.S. population, lived in these 26 states In contrast, non-Hispanic white (hereafter referred to as white) deaths exceeded births in just four states in 2004 and seventeen as recently as 2014. White deaths also exceeded white births in the nation as a whole for the first time in U.S. history in 2016, according to data from the National Center for Health Statistics. When births fail to keep pace with deaths, a region is said to have a "natural decrease" in population, which can only be offset by migration gains. In seventeen of the twenty-six states with white natural decreases, the white population diminished overall between 2015 and 2016. Our analysis of the demographic factors that cause white natural decrease suggests that more states are likely to experience it in the future.

The growing incidence of this white natural decrease has important implications for the nation's demographic future. America is becoming more racially and ethnically diverse. Most scholarly research on diversity has focused on the influence that growing minority populations have played in fostering such diversity. For example, the substantial surplus of Latino births over deaths together with past immigration have contributed enormously to the growing diversity of the United States. But other demographic processes are also at work. These include the rising incidence of white natural decrease due to aging and below-replacement fertility among the 61 percent of the population who are white. As we shall see, the accelerating diversity of the U.S. population is a function of this white natural decrease as well as the growth of minority populations.

Thanks to Professor Michael Olivas for bringing this piece to my attention.