Immigration Article of the Day: Gender Violence, State Action, and Power and Control in the Northern Triangle by Lauren Gilbert 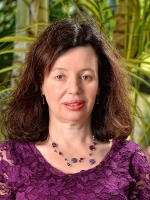 This chapter, Gender Violence, State Action, and Power and Control in the Northern Triangle, is the concluding chapter in Raquel Aldana's and Steven Bender's edited volume, From Extraction to Emancipation: Development Reimagined, published by the American Bar Association and Carolina Press in May 2018.

Gilbert's chapter is based on her experience as an Attorney-Investigator with the United Nations Truth Commission in El Salvador from 1992-1993, and her more recent work on behalf of Central American women and children fleeing violence in their homelands. In this chapter, she examines the role of gendered violence directed at women in El Salvador, Guatemala, and Honduras both during the political upheavals of the 1980s and 1990s and over the last decade, examining how the failure then to confront gender violence as a form of state-sponsored terrorism led to its role today in contributing to the climate of fear and instability that plagues the region. In light of the U.S. government's and particularly, Attorney General Jeff Sessions' recent decisions and pronouncements gutting protection for Central American asylum seekers, it is essential that both policymakers and advocates recognize that the gendered violence that propels migration today from the Northern Triangle is connected to the dark yet largely untold history of state-sponsored violence against women in El Salvador, Guatemala and Honduras. While Northern Triangle states as well as the U.S. government largely blame gangs for the resurgence of violence against women, this chapter shows that this new terror cannot be disentangled from these nations’ dark past with gendered state-sponsored violence.