A federal judge in San Diego yesterday enjoined the separation of migrant children from their parents and required immigration officials to reunify within 30 days families that have been divided as a result of a policy enforced by the Trump administration. 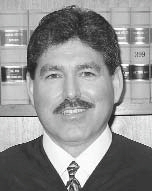 Judge Dana M. Sabraw of the United States District Court for the Southern District of California granted a preliminary injunction sought by the American Civil Liberties Union. He said all children must be reunited with their families within 30 days, allowing just 14 days for the return of children under 5 to their parents. He also ordered that parents be allowed to speak by phone with their children within 10 days.

The judge stated bluntly: “The unfortunate reality is that under the present system, migrant children are not accounted for with the same efficiency and accuracy as property.”

In his 24-page order, Sabraw rules children could be separated at the border only if adults with them were found to pose a danger to the children. He also said adults could not be deported from the country without their children.

Sabraw was nominated to the federal bench by President George W. Bush in 2003.