Immigration Article of the Day: The Perpetual 'Invasion': Past as Prologue in Constitutional Immigration Law by Matthew J. Lindsay 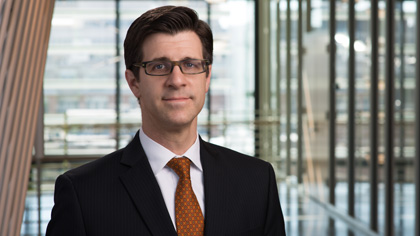 Donald Trump ascended to the presidency largely on the promise to protect the American people — their physical and financial security, their culture and language, even the integrity of their electoral system — against an invading foreign menace. Only extraordinary defensive measures, including “extreme vetting” of would-be immigrants, a ban on Muslims entering the United States, and a 2,000-mile-long wall along the nation’s southern border could repel the encroaching hordes. If candidate Trump’s scapegoating of unauthorized migrants and refugees was disarmingly effective, it was also eerily familiar to those of us who study the history of immigration law and policy. Indeed, the trope of an immigrant “invasion” has long been a rhetorical mainstay of American political discourse. Much less well understood, however, is the extent to which the invasion trope has also shaped the federal government’s vast, extra-constitutional, and largely unrestrained authority to exclude or expel noncitizens from the United States.

This Article describes the origin of that authority in the nativist movements of the late-nineteenth century, including both the virulent anti-Chinese crusade that culminated in the Chinese Exclusion Act, and the decades-long and ultimately successful campaign to severely curtail the immigration of “new” Europeans from Southern and Eastern Europe. The legacy of this history endures to the present, as the Supreme Court continues to account for its broad deference to the political branches on immigration matters in terms of an inextricable connection between immigration regulation and the conduct of national security. This Article concludes by considering whether President Trump’s unusually candid (unusual, at least, during the last half-century) deployment of the invasion trope might have an edifying effect on the Supreme Court in Trump v. Hawaii, the travel ban case, as the justices contemplate the implications of deferring to a President whose campaign-season political demagoguery has now mutated to official United States policy.