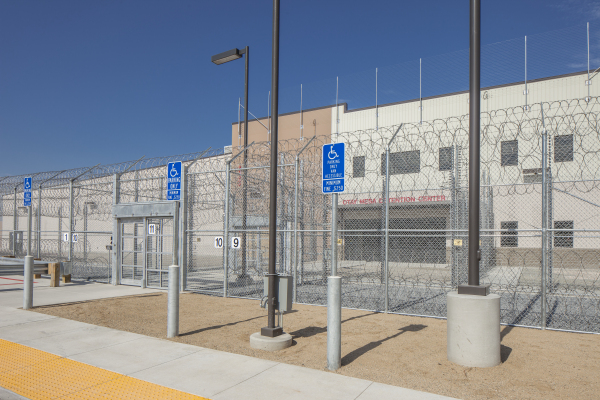 Double doors stand firm in front of the center, and people wait to be buzzed in through each door. Security officers greet  people as they walk into the center, and the screening commences. Proper identification needs to be provided, a guest pass received, and your typical metal detector screening must be completed as well.

Inside this structure, “detainees” are housed, separated by colored jumpsuits that indicate security levels: blue is the lowest, orange is level two, and red is the highest level. Detainees wearing the blue jumpsuit are housed in a unit where six individuals share a pod. Those wearing the orange and red jumpsuits are housed in separate units, in which they are assigned two persons per cell.

The center provides certain benefits, such as medical treatment, where detainees wait inside a “comfy waiting room”, a holding cell composed of a pair of steel benches with a handful of detainees waiting for medical attention. Just outside the medical wing, detainees are allowed some recreational time, to take in the sun and a breath of fresh air all while within a barbed-wire reinforced cage.

Out in the corridor, one can observe detainees  escorted by security, down the corridors and through metal detectors as they make their way to another section, whether to the cafeteria or back to their unit. They wait in front of the heavy, metal doors until they are buzzed through and directed to move forward. Detainees have scheduled recreational time, and they are under constant surveillance by the security officers sitting behind monitors and who oversee the buzzing of people through the doors.

-posted by KitJ on behalf of Jose M. Claro