René Colato Laínez is a U.S.-based, Salvadoran immigrant whose body of work does an excellent job of depicting young children in immigrant families interacting with the U.S. legal system. In Waiting for Papá / Esperando a Papá (2004), Beto and his Mamá work with an immigration lawyer to bring Papá from El Salvador to the United States. In Mamá the Alien / Mamá la Extraterrestre (2016), young Sofía discovers a mysterious card in her mother’s purse with the big blue word ALIEN printed on top. This story describes the process of Sofía’s mother’s transition from Legal permanent Resident to U.S. citizen, all the while poking fun at the deeply dehumanizing language our laws have designated for describing immigrants. My Shoes and I (2010) describes Mario and his Papá’s journey across three national borders, finally reuniting with Mario’s Mamá. René has Two Last Names / René tiene does apellidos (2009), I am René the Boy / Soy René el Nino (2005), and The Tooth Fairy Meets El Raton Perez (2010) describe children adjusting to a new life in the United States while maintaining their cultural identities.

The book I will describe in more detail below is From North to South / Del Norte al Sur (2013), illustrated by Laura Lacámara. This story engages with the aftermath deportation, insisting on the resilience of families torn apart by unjust immigration laws. At the heart of the book is a mixed-status family based in San Diego. The protagonist, a young boy named José, is a U.S. citizen. His father is a Legal Permanent Resident, and his mother is undocumented. The story takes place after José’s mother is apprehended in a workplace immigration raid. The child explains, “She had been working at the factory when some men asked for her immigration papers. But Mamá was born in Mexico and didn’t have those papers. Then men put Mamá and other workers into a van. In a few hours, Mamá was in Tijuana, Mexico.”

The book begins as José and his Papá are preparing to visit Mamá in Tijuana; it will be the first time they have seen her in two weeks. Rather than dwelling on the pain and trauma of separation, Colato Laínez draws attention to José’s joy at the thought of being reunited. When they reach the shelter where José’s mother is staying, the two have a joyful reunion. The shelter is depicted as a cheerful place, filled with bright colors. 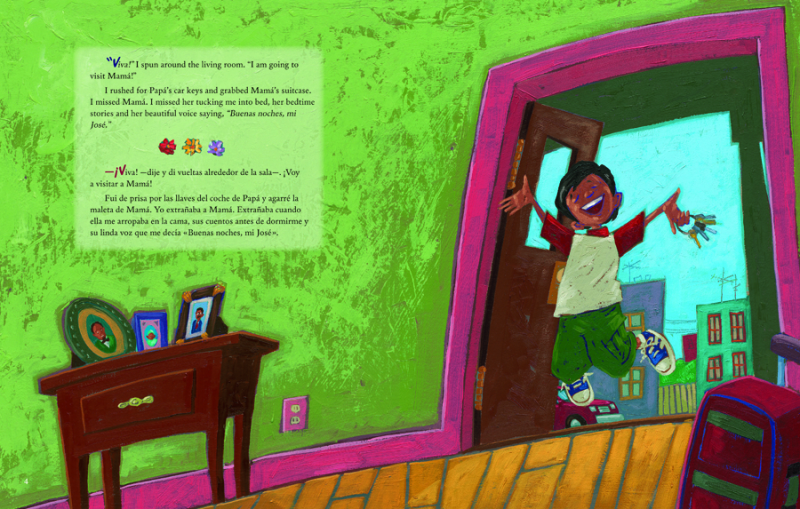 Just like at home in San Diego, José’s mother tends the shelter’s garden.

José meets a diverse group of migrants at the shelter. Mamá’s friends are working hard to make and sell beautiful artisan crafts in order to save up money to cross the border. The older guests have embodied caretaker roles to the unaccompanied niños y niñas who have also found their way to this sanctuary. One child introduces herself to Jose: “I am Teresa. You are so lucky to see your Mamá...All of us want to be with our parents, but they are so far away.” Jose connects with Teresa’s desire to see her parents again, and gathers the group of children together to decorate cans and plants seeds in them, as gifts for when they see their parents someday. While the unaccompanied children remain uncertain about their futures, Mamá is able to offer Josá a glimmer of hope: “Remember, Papá is a permanent resident now. He has submitted my papers already and a lawyer is working on my case.”

The most impressive element of Colato Laínez’s storytelling is that he is able to craft a hopeful end to the story without making any false promises to the reader that the family will be reunited in San Diego. After spending a blissful day with his Mamá, night falls and it is time for Papá to take José home to bed. Mamé climbs into the back seat and tells José a story to help him fall asleep before the ride home. And as he and Papá cross the border without her, José dreams “that Mamá had the right papers and we crossed the border together. Above our house, the sky was filled with fireworks and I knew that all the other children would see their parents soon, too. I was ready to eat Mamá’s warm tortillas, to listen to her bedtime stories, and to hear her voice saying every single night, “Buenas noches, mi José.” 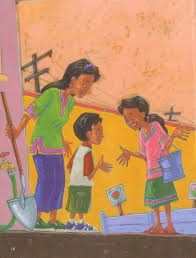 This book presents opportunities for Spanish- and English-speaking families who have been directly impacted by deportation to see themselves reflected on the page, and to incite conversation about their own struggles, hopes, and dreams for family reunification. For children whose lives are not directly touched by the immigration system, this book is a great educational tool and an insight into the lives of many other children in this country. Reaching the end of the book, all children and caring adults will be ready to think about the next step: How do we turn Josés dream into a reality 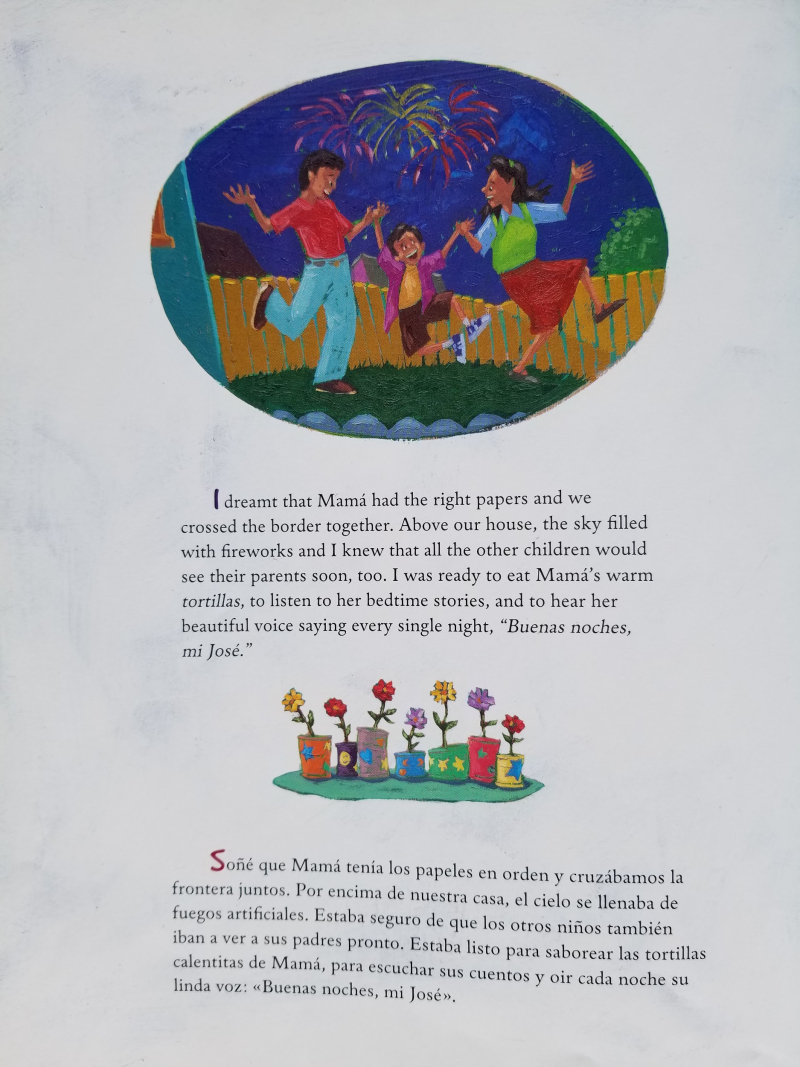