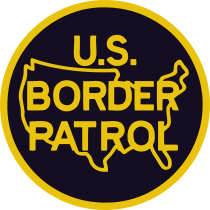 Mejia notes that, when the Border Patrol was established in 1924, Latinos were a tiny minority. By 1989, they made up almost 36% of the agency. Now, Latinos make up a little more than 50% of the Border Patrol, according to 2016 data.

This year, 10 out of the 11 people taking part in a recent Border Patrol citizens’ academy were Latino.

"Being a Border Patrol agent and Latino has always been potentially fraught, with immigrants from Latin America, especially Mexico, long the focus of often vitriolic debates over illegal immigration. But with Trump reserving his most heated rhetoric for immigrants coming from Mexico and Central America — and promising massive walls to keep them out — it has rarely seemed as delicate a tightrope."