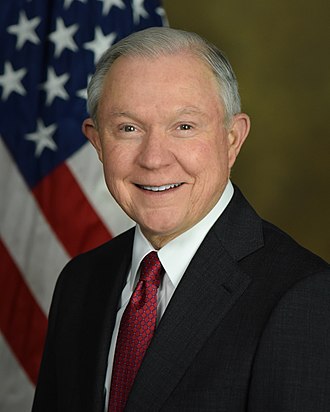 Earlier this week, Attorney General Jeff Sessions announced the lawsuit of United States v. California and harshly criticized the Golden State's "sanctuary" laws, suggesting that the legislature had embraced "open borders" and wanted to secede from the Union (like his home state of Alabama did more than 150 years ago).

Sari Horowitz and Matt Zapotsky for the Washington Post look at Session's record as Senator from Alabama and note that "As a Republican senator from Alabama for 20 years, Sessions was known as an advocate for states’ rights. But, as attorney general, observers say, he is making an exception when state policies bump against his conservative agenda."