Today marks Donald Trump's one year anniversary as President of the United States.  Although fingers are pointing in different directions, Congress has forever marked the anniversary with a shutdown of the federal government.  The latest congressional stalemate is in no small part due to the failure to reach agreement on providing relief to the thousands of young immigrants formerly protected by the Deferred Action for Childhood Arrivals program.  Let us be clear -- the failure of Congress to enact a piece of immigration reform has led to the shutdown of the federal government!

Even before the shutdown, this has been a ttumultuois immigration year under President Trump's leadership.  It is an understatement to say that President Trump has gone in a very different direction than President Obama did.  As Anil Kalhan has written."the new administration’s sweeping, high-profile immigration enforcement initiatives—along with its inflammatory anti-immigrant rhetoric—mark the ascendance of immigration restrictionism to the highest levels of the executive branch to an extent that is entirely without modern precedent."

Here is a review by Professor Jennifer M. Chacon of President Trump's early forays into immigration enforcement, including a series of Executive Orders.

My Top 5 Trump Moves on Immigration Law and Enforcement areas follows.  As you read through the list, please think to yourself -- can I imagine President Obama doing any of this?

1.  "Sh------- Countries."  Few will forget the controversy over President Trump's incendiary remarks, confirmed by several members of Congress, in the White House about reducing immigration from Haiti, Africa, and other countries populated by people of color.  Can one imagine any American President in modern history (besides perhaps Richard Nixon) using this kind of language with members of Congress?

2.  The Muslim Bans.  The President issued three iterations of a ban on the admission of noncitizens from a number of predominantly Muslim nations.  The first two were enjoined before the Supreme Court in December lifted a stay allowing the third version to go into effect.  The Court will review the latest court of appeals ruling finding the ban unlawful.

3.  The End of DACA.  Last September, the Trump administration ended the Deferred Action for Childhood Arrivals program, which had provided limited relief to undocumented immigrants brought to the United States as children.  DACA's rescission provoked a spiral of reactions -- lawsuits, protests, and a battle in Congress that shut down the U.S. government.  A district court enjoined barring DACA's rescission and the case may well be headed to the Supreme Court. 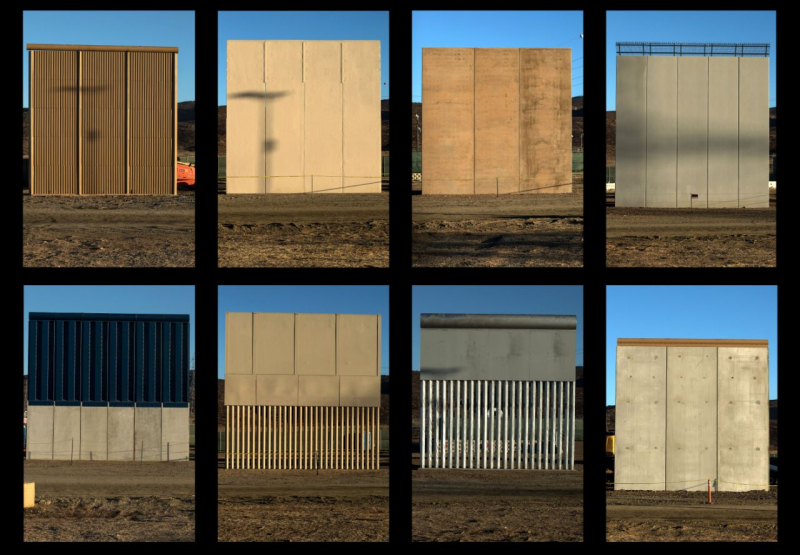 4.  The Wall.  Trump promised the nation a wall along the U.S./Mexico border.  The wall, its efficacy, whether Mexico will pay for it, the prototypes, etc. seem to be in the news almost as often as reruns of the film "Rocky" on cable television.  For example, for months we have heard that President Trump says that Mexico will pay for the wall, the Mexican government emphatically denies it, and on and on. 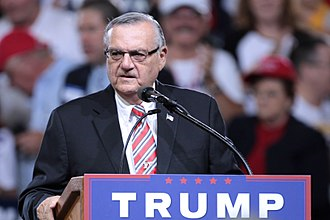 5.  The Pardon of Joe Arpaio.  In August, President Trump pardoned former Maricopa County (Arizona) Sheriff Joe Arpaio.  Particularly disliked among Latinos, Arpaio is nothing less than a lightening rod for criticism for his hyper-aggressive enforcement activities.  After a criminal contempt trial, a U.S. district court had found Arpaio to have intentionally refused to comply with court orders that he not engage in unlawful racial profiling of Latina/os in Arizona, U.S citizens as well as immigrants. In repeated violation of numerous court orders, Arpaio vigorously pursued his discriminatory law enforcement practices and went so far as to have an investigator tail the wife of the district court judge who ordered the injunction! Not surprisingly, the pardon was widely criticized.  Arpaio is now running for the U.S. Senate in Arizona.