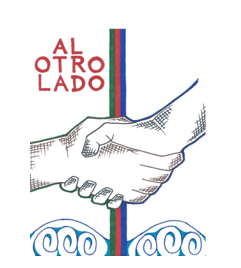 As a first generation United States citizen by birth, my initial knowledge of immigration law stemmed from my parent’s perspective as immigrants, and their struggles in obtaining legal status and becoming naturalized citizens. I entered law school wanting to practice immigration law, this past Fall I took Professor Rosenbaum’s Immigration Law class at Golden Gate University School of Law. Part of our coursework included the opportunity to work in teams of three to draft an asylum brief for a client of the non-profit organization Al Ortro Lado, with the supervision and training of our professor and the Border Rights Project program director, Nicole Ramos.

I was excited to work on the asylum project because it involved actual cases not just another law school hypothetical. As group leader, I felt fortunate to work alongside two classmates that share the same passion as I do. Our client was a young-man seeking asylum, who fled Central America with his family, after the Mara-Salvatrucha gang threatened to kill his family. For many of us living in the United States, a threat of this sort may not seem serious, but for an individual living in a country plagued by gangs this is a real threat.

The family became the gang’s target when the mother declined to be a lookout for a scheduled police raid against the gang. After experiencing several forms of harm by the gang, including targeted recruitment of our client, physical harm to other family members, and death threats, the family felt they had no other choice but to flee their country and seek asylum in the United States.

Upon reaching the border, the family made several attempts to speak with a border agent to request asylum but were told, contrary to U.S. and international law, that political asylum was no longer offered in the United States. Eventually they were permitted to request asylum, but were split up, and held in two separate detention facilities.

Knowing our client was locked up in a detention center like a criminal made me work twice as hard to ensure one day he would have a chance to speak with an immigration judge and hopefully obtain both freedom and protection in this country. This project was more than just a grade; it meant the life and freedom of our client depended on the quality of our written work.

Our brief made a particular social group nexus argument citing M-E-V-G, and based on membership in his nuclear family, contending the cumulative direct and indirect harm he experienced rose to the level of past persecution. Even though our client was not physically harmed, the various attacks upon his family, and the gang recruitment constitute past persecution and fear of future persecution.

The hardest part of this project was not being able to meet, or communicate directly with our client detained at the border in San Diego. In the future, I hope that GGU students might get the opportunity to meet their clients in person. It would have meant a lot to our team to have been able to let our client know in person, that he had someone fighting for him on the outside.

This project taught me about teamwork, how to collaborate on a brief, how to work tirelessly to research the law, but especially how to advocate for our client. I am happy to report our brief was submitted to the court and our client was released from the detention center. It feels wonderful knowing I was part of making that happen. After taking my first immigration law course I know with 100% certainty that immigration law is my path.

[For an update on the case and related litigation alleging labor trafficking violations of immigrant detainees, including this asylum applicant, see:  http://www.sandiegouniontribune.com/news/immigration/sd-me-detention-lawsuit-20171229-story.html]

-KitJ on behalf of Vanessa Campbell

Thanks for these facts and ideas to you blog. I learned from this blog so much. I hope that everyone learns from this. It is important that everyone will know this kind of informations