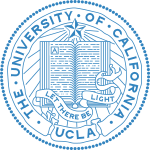 This study looks at  300 speeches and 6000 tweets of Trump from July 2015 to September 2017, using both qualitative and quantitative methods. Trump's story about immigrants boils down to just one narrative. It is a complete fiction, a dystopic view of a nation under siege.

TRUMP'S FALSE NARRATIVE: America, the once great castle on the hill, is besieged. Its walls are broken, its border lays open, and it is overrun by ruthless invaders. Our enemy, Mexico, has flooded us with the worst of its people: violent criminals, drug cartels, gang members, and human traffickers. Meanwhile, stupid and corrupt American politicians have led us to this existential crisis. Only brave Trump can save our country by letting law enforcement officers forcefully rid the nation of the invaders, and by building a Great Wall to "make America great again." Trump’s false narrative is simple, false, and powerful. BELOW ARE ITS MAJOR ELEMENTS..."