Will the End of DACA Cause a Government Shutdown? 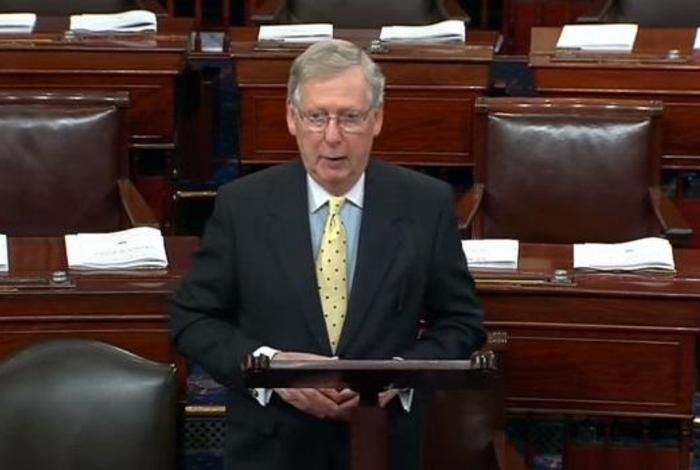 Jordain Carney on The Hill reports on an interesting development.

Congress is gearing up for an end-of-year fight, raising the chances of a government shutdown.  Senate Republicans and President Trump agreed during a closed-door White House meeting last week that they would oppose addressing the Deferred Action for Childhood Arrivals (DACA) program as part of the December funding legislation.  That stance is unacceptable to Democrats and their immigration allies, who want Congress to pass a legislative fix before going home for Christmas.

According to the story, "The fight over undocumented immigrants brought into the country as children is emerging as the largest hurdle to avoiding a government shutdown after Dec. 8."

Democrats believe they have leverage to demand an immigration deal going into the end-of-year negotiations because GOP leadership will likely need their votes to keep the government open.

However, there may be a way of avoiding a government shutdown.  The latest news is that Senate Majority Leader Mitch McConnell, R-Ky., said he expects Republicans and Democrats to strike a compromise deal to allow DACA recipients to remain in the U.S. in exchange for measures on border security or to end "chain migration," which makes it easier for family members of current U.S. residents to enter the country.  McConnell said in an interview that aired Saturday that he expects a deal to be struck that improves the legal immigration system and laid out multiple possibilities.