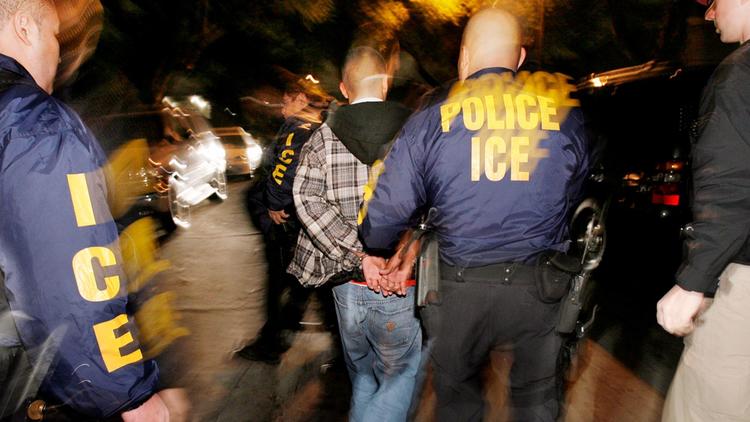 The Los Angeles Times reports on the recent arrest and detention of Sergio Carrillo, a United States Citizen -- with documentary proof of his citizenship -- who was nonetheless arrested by ICE officials and incarcerated in an immigration detention facility for four days.

The unlawful arrest, detention and deportation of U.S. citizens is not a new phenomenon, as the scholarship of Jacqueline Stevens and Rachel Rosenbloom has shown.  A few other aspects of the article are worth highlighting.  For instance, despite the State of California's efforts to resist federal immigration enforcement, this took place in Los Angeles. Also, the ICE officers' methods of arresting him -- through a call to his cell phone asking for his name and whereabouts, followed by a text message ("where you at?") -- are consistent with broader reports about ICE increasingly using a wide array of tactics to conduct arrests.  Finally, in this case, Carrillo's citizenship claim itself did not appear to be legally or factually complex and yet ICE still refused to take his claims seriously.  The article reports that his son brought his passport and certificate of citizenship, "but that ICE officers refused to review the documents."  It was only after the ACLU of Southern California got involved and an attorney intervened by "forward[ing] copies of Carrillo's citizenship documents," that he was released.